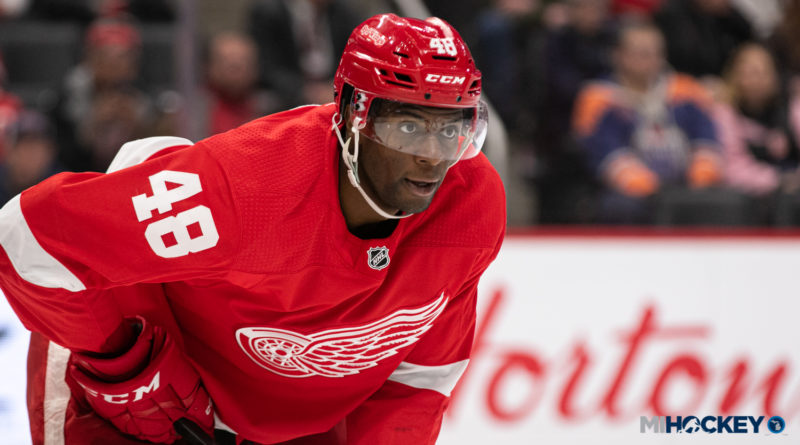 The Red Wings broke a seven-game losing streak on Sunday and handed the Florida Panthers’ their first regulation loss of the year.

Givani Smith scored his first of the season, added an assist and dropped the gloves – achieving the famed Gordie Howe Hat Trick en route to a 4-1 Red Wings win over the Panthers.

Marc Staal potted his first of the season, as well, while Robby Fabbri and Vlad Namestnikov also scored for Detroit. And after receiving very little goal support in his first nine games, Thomas Greiss picked up his first win of the season after stopping 36 of 37 between the pipes.

Anthony Mantha was a healthy scratch in the game and Luke Glendening left the game after taking a high hit from Florida defenseman Radko Gudas.