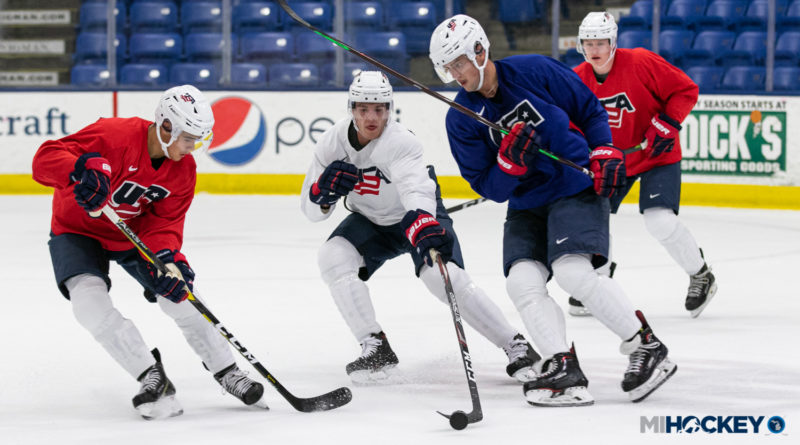 The hope was that USA Hockey would be able to bring their own players together, despite not having participation from the other countries.

Now, the World Junior Summer Showcase won’t be taking place at all.

USA Hockey has announced the cancellation of the prestigious off-season event, as rinks are required to stay closed due to Michigan state government mandates.

The showcase was set to take place from July 24-31, bringing together 44 U.S. players to begin the selection process for the upcoming 2021 World Juniors.

“We’re disappointed on many fronts, but thought it was in the best interest of everyone involved to not hold the event,” said John Vanbiesbrouck, general manager of the U.S. National Junior Team and assistant executive director of hockey operations for USA Hockey. “Regardless, we’re excited about the level of talent in our country and look forward to putting a team together that can compete for the gold medal. We’ll continue to look at all options to get our players and staff together ahead of selecting our team.”

The event was originally expected to host players from the U.S., Canada, Finland and Sweden.

Here was MiHockey’s look at all of the players who were invited to the camp: