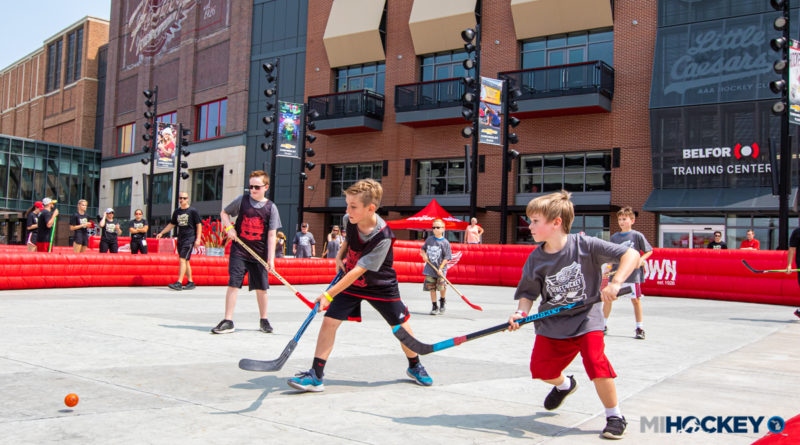 The COVID-19 pandemic has put a halt to much of the Detroit Red Wings’ Learn, Play, Score initiative in the city of Detroit.

But that hasn’t stopped the team from finding a way around it.

The Red Wings have announced a new “Street Hockey in the D at Home” program in conjunction with Chevrolet to bring virtual street hockey to 1,000 Detroit kids right in their own homes.

“Street Hockey in the D at Home brings the excitement of hockey directly to where kids are right now, continuing Learn, Play, Score’s mission of establishing equitable access to various forms of the sport across the city of Detroit,” said Kevin Brown, Red Wings director of community relations & foundation. “Whether playing street hockey safely in their driveway, basement or on the sidewalk, the Red Wings are proud to offer this new virtual, enrichment opportunity for kids in the city.”

Each video will focus on skills, drills, physical activity, overall wellness, as well as hockey’s Declaration of Principles, which promote characteristics like courage, humility, teamwork and perseverance. After participants complete each of their quizzes, a Red Wings mini hockey stick and goal set will be mailed to their home.

Registration will begin on Wednesday, June 17 at the two following Detroit Parks & Recreation locations, with the program running from July 7-August 13.