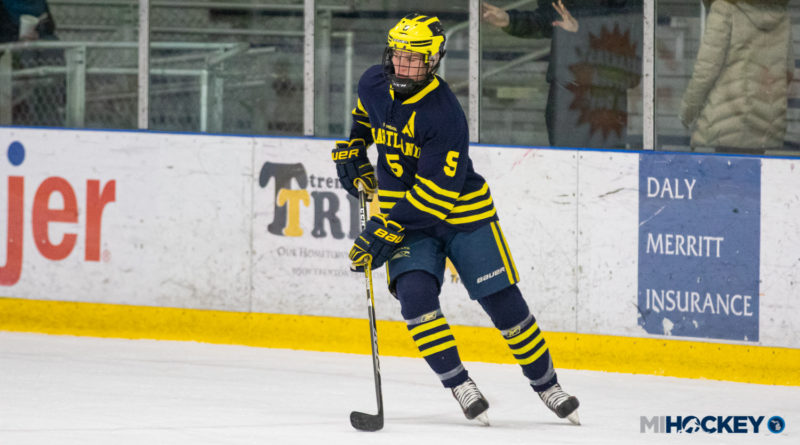 A state-wide lockdown hasn’t kept Jed Pietila from figuring out what’s next in his hockey career.

The Howell native and former Hartland High School star has announced his commitment to Michigan Tech, locking in a spot with the Huskies for the upcoming season.

“Michigan Tech has always been my dream school,” Pietila recently told MiHockey. “I have a lot of family that live up north and even have a cottage on Portage Lake where I’ve spent most of my summers. My dad and my older sister both are graduates of Michigan Tech so I have kind of grown up always being aware of Tech as a school.”

The 21-year-old defenseman just wrapped up his second full season with the Austin Bruins of the NAHL. In 44 games, he posted 29 points while wearing the ‘C’ for his Bruins squad.

Pietila suited up for HoneyBaked, Compuware and Victory Honda before joining the Hartland squad in 2016-17.

In 2017-18, he split time between the Austin Bruins, Aberdeen Wings and Minot Minotauros of the NAHL.

When he arrives in Houghton, it will be a family affair; Jed will join his cousins Blake Pietila, Logan Pietila and Brian Halonen on the Huskies roster.

“As far as hockey goes, I have always dreamt of playing college hockey. It wasn’t up until last year I really found myself believing that I actually have the ability to play college hockey. I’m excited to get the chance to experience a great school academically and athletically. I also am excited to play alongside a few of my cousins.”