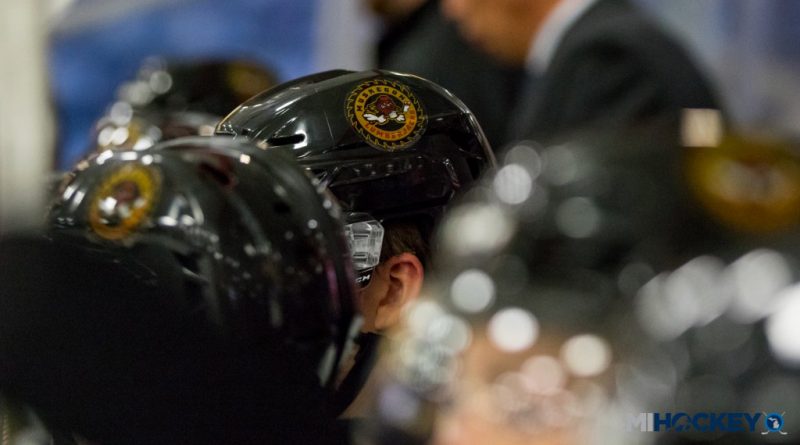 The Muskegon Lumberjacks have used their second tender ahead of next week’s USHL Draft, and he may be the latest Russian star to suit up at Mercy Health Arena (formerly L.C. Walker Arena).

“As a staff we had the privilege to watch Ivan lead his team to a gold medal and dominate the 2019 Youth Olympics Games,” said Lumberjacks head coach Mike Hamilton in a press release. “Ivan is an elite skater, hits like a truck, and has an unbelievable shot. He was team captain and led by example – playing in all scenarios of the game. He checks all the boxes; we couldn’t be happier to have him coming to Muskegon where he will continue to develop his game.”

Miroshnichenko was one of the top players on Team Russia at the 2020 Youth Olympics, wearing the ‘C’ en route to a gold medal. The Russians topped an incredibly talented ’04 birth-year American club in the final.

The Russian captain finished second in the tournament in scoring with six goals and six assists in four games, behind only teammate Matvei Michkov.

Miroshnichenko hopes to follow in the footsteps of a different Russian-born player who thrived in Muskegon – Andrei Svechnikov.

“I am very pleased to have signed a tender agreement with the Muskegon Lumberjacks,” Miroshnichenko said in the release. “I’ve been following this organization since Andrei Svechnikov started playing for Muskegon. My dream is to follow Andrei’s path to the NHL, and to do that I will have to have a great season in Muskegon. I look forward to meeting the coaching staff, players, and people of Muskegon who are famous for their hospitality.”