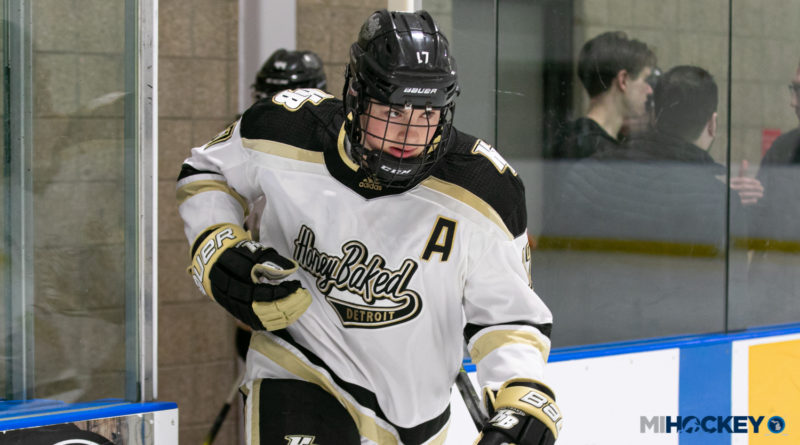 When the quarantine is over, Chase Pietila will be on his way to Nebraska.

The Howell native has signed a USHL tender with the Lincoln Stars, locking in a spot with the junior franchise for the upcoming 2020-21 season.

“I’m very excited to play in Lincoln, it’s a great opportunity and I’m sure they’ll help me develop and get me to my goal to play at the next level,” Pietila said via the USHL. “I’ve heard [Lincoln] is a great organization and I can’t wait to play with them.”

A standout defenseman with the HoneyBaked 15-Only Team this past season, Pietila was invited to the USA Hockey’s National Team Development Program Evaluation Camp which would have taken place in March. His HB team was the No. 1 ranked team in the country prior to the abrupt conclusion of the season.

“Chase has been on our scouting department’s radar for the last twelve months,” Stars interim general manager and head coach Chris Michael said. “We’ve had plenty of conversations about Chase with our scouting staff and they’ve done a great job gathering enough information about him on and off the ice to give us the comfortability to go down the tender process with the Pietila family.”

“We had to pay close attention [because] he was invited to the USA National Team Development Program camp and unfortunately it didn’t happen,” Michael continued. “Once we heard the news that he did not get selected by the NTDP, we were fully ready to get after the process and get the tender done.”

The Stars forego their first-round pick in the upcoming USHL Draft to secure Pietila, and they are obligated to dress him in at least 55 percent of the team’s games next season, notwithstanding an injury or suspension.

Yesterday, Pietila was selected in the 12th round of the OHL Draft by the Saginaw Spirit.