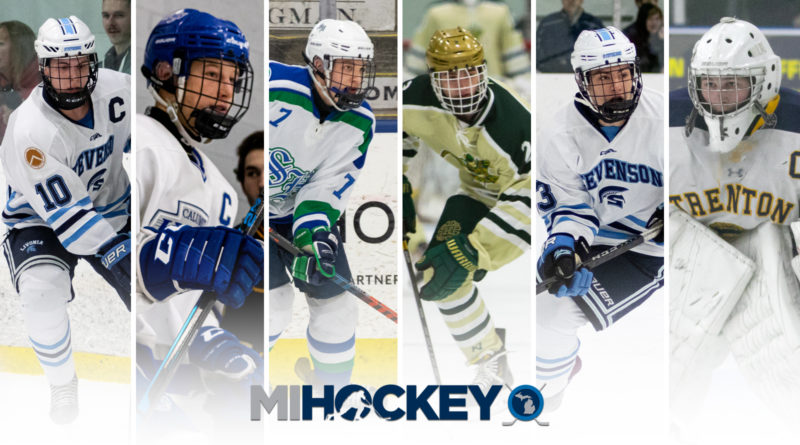 Tonight, the Michigan High School Hockey Coaches’ Association announced the 2019-2020 Dream Team, honoring the top six players in the state as voted on by coaches across the state.

Congrats to the following players:

Lause, a senior, finished with 17 goals and 27 assists for 44 points – second on a talented Spartans’ roster only to another player on the Dream Team.

Loukus, a senior, racked up 27 goals and 27 assists for 54 total points on the season.

Rappuhn, a senior, registered 37 goals and 40 assists for 77 points in the regular season, and he added 12 in four postseason contests before the season was paused.

Justice, a senior, led Stevenson in scoring from the blue line, ringing up 14 goals and 32 assists.

Rossi, a senior, also led his team in scoring despite playing defense – he posted 21 goals and 30 assists on the season.

The six players are now the candidates for the Mr. Hockey award, which will be announced soon by the MHSHCA.