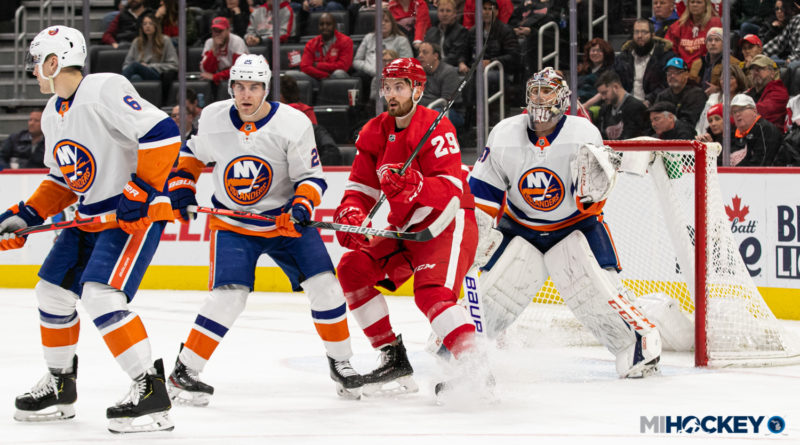 Friday night’s loss was a significant one for the Red Wings.

Detroit will officially miss the 2020 NHL playoffs, as they are mathematically eliminated from contention after a 4-1 loss against the New York Islanders at the Nassau Veterans Memorial Coliseum.

With their record falling to 15-44-4, the Red Wings could only earn a total of 72 points on the season with their games remaining – and eight teams already have hit that total.

“It sucks to be in a spot where you’re eliminated this early but that part of it sucked for awhile,” said head coach Jeff Blashill after the game, via RedWings.com. “I think we knew we’d been out for too long and there’s no other word to describe it except that it sucks. That’s a fact. What stings to me, though, is the fact we didn’t have enough guys showing up in the first period. That stings for me. The elimination from the playoffs is what it is. My focus for a long time here, really since the beginning of the year, as we spoke earlier, is to make sure that we’re pushing to be better. That there’s a better future. Part of having a better future is understanding what it takes every single night. We gotta be better than we were to start the game.”

The NHL trade deadline is Monday; the Red Wings will have to make decisions on that, as well as what prospects get called up from Grand Rapids during the final games of the NHL season.