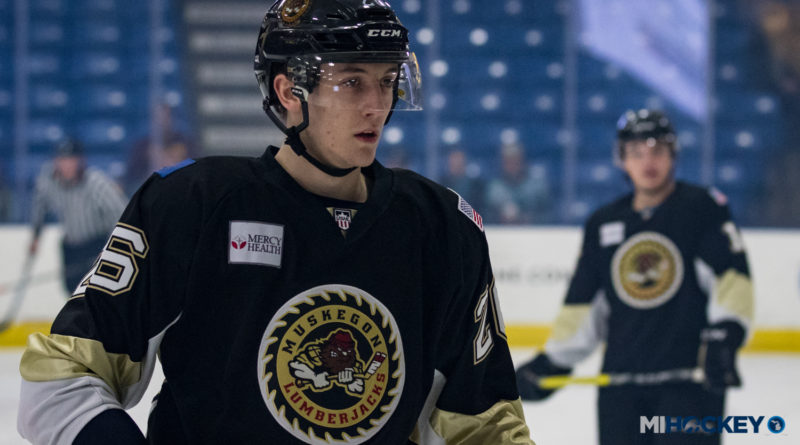 Benito Posa has a had a long winding road of a hockey career so far, but soon, he will be parked in the same place for a while.

The Grand Blanc native has announced his commitment to Lake Superior State for his college hockey career.

“I choose LSSU because of the opportunity that can be earned there and the coaching staff has had interest in me for a long time so when the offer finally came it felt right saying yes,” Posa told MiHockey. “Being able to play college hockey is a dream come true.”

In 2017-18, he split time between the USHL and the NAHL, playing 38 games for the Muskegon Lumberjacks and 17 games for the NAHL’s Austin Bruins.

This year, it’s been strictly USHL hockey with the Gamblers; Posa has four goals and four assists with a +1 rating in 22 games.

“Starting in the USP3HL and then the NAHL then the USHL, college hockey was always the goal and I got one step closer today,” Posa told MiHockey.