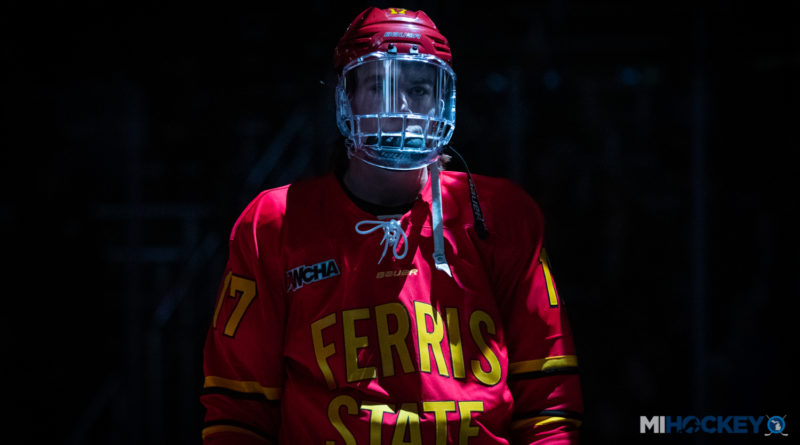 Marshall Moise missed nine games due to an injury.

He made his presence felt this past weekend in his return to the line-up.

The St. Clair Shores native and junior forward for the Ferris State Bulldogs posted a WCHA-best four goals and four points, en route to being named the conference’s and the NCAA’s first star of the week.

Moise scored twice in the Bulldogs’ 2-2 comeback tie against Alabama-Huntsville on Friday, before scoring two more in Saturday’s 3-1 win – including the game-winner.