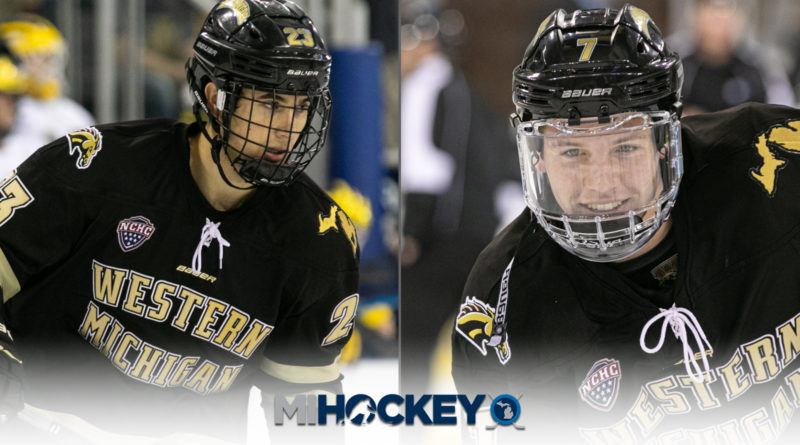 UPDATE: Paul Washe has also been named the NCAA’s second star of the week for the achievements mentioned below.

A big weekend with their Broncos has led to some conference recognition for a pair of Michigan natives.

Western Michigan’s Paul Washe and Ronnie Attard have been named NCHC players of the week, the conference announced today.

Washe, a Clarkston native, recorded five points to help Western Michigan record five of the six possible points in their weekend series with Colorado College. The junior forward posted a career-best three points in Friday’s 6-3 win before scoring the game-winner the next night.

Attard, a White Lake native, thrived at both ends of the ice as a freshman defenseman for WMU. He helped Western kill all four power plays Friday night while playing to a +1 rating before scoring the goal that forced overtime – his second of the night – on Saturday.