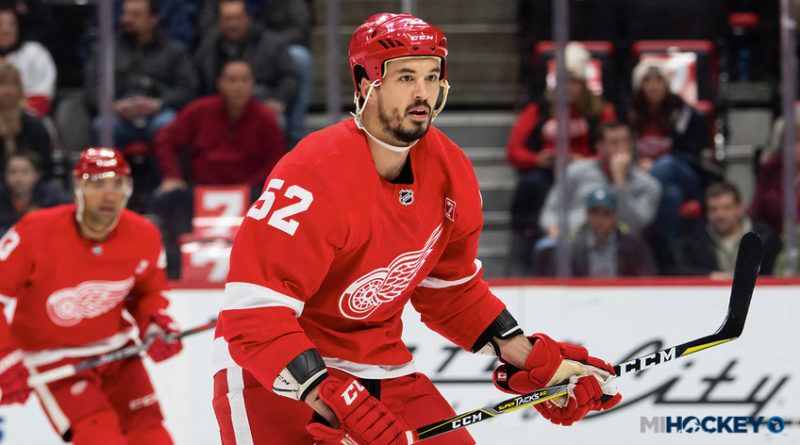 The Detroit Red Wings have made more roster moves.

Tonight, the Wings announced that they have recalled defenseman Jonathan Ericsson from Grand Rapids.

Meanwhile, Justin Abdelkader and Patrik Nemeth have both been placed on injured reserve, retroactive to Nov. 10.

Ericsson, 35, has played in 10 games with the Griffins this season after starting the season on the injured list. He has two assists along with eight penalty minutes and a +4 rating.

He was originally assigned to Grand Rapids on Oct. 23; see MiHockey’s original story on that here.