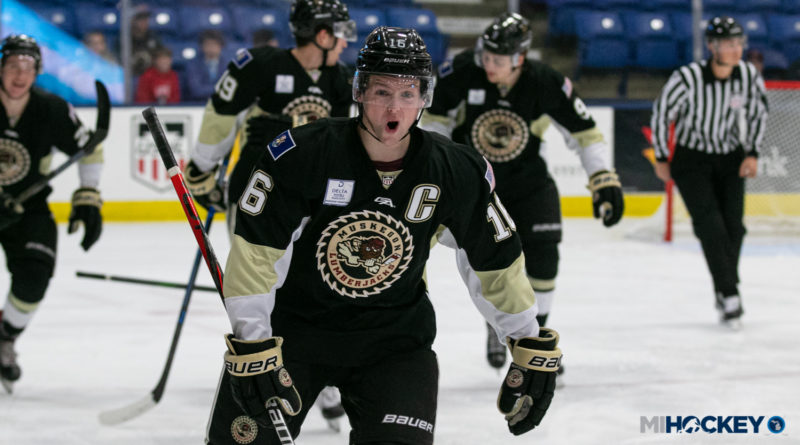 Oliver MacDonald has officially signed with the Minutemen.

The Grosse Pointe native has signed his National Letter of Intent with the UMass hockey program during the November signing period, locking in his spot with the Hockey East member club.

“I picked UMass for many reasons,” MacDonald told MiHockey. “To me there’s no better coaches in the country that develop hockey players than the ones at UMass. The school is on the rise and play the right way and I think it’s a great opportunity to step into a place like that.”

MacDonald, who was previously committed to Nebraska Omaha, is thriving in his second season with the Muskegon Lumberjacks, having recorded 17 points in 14 USHL games.

Last year, he recorded 27 in 53 games as a USHL rookie; before that, he spent a year in New Jersey, splitting time between the NAHL’s New Jersey Junior Titans and the North Jersey Avalanche 18U team.

The Compuware product said he’s looking forward to his time in Amherst, Mass., both on and off the ice.

“The school itself, as an education side is really good too – the campus and facilities are unreal.”