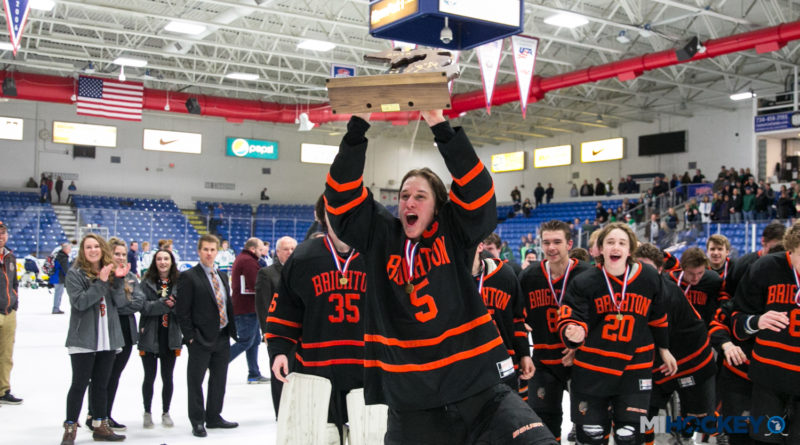 Sam Brennan has had an impressive start to the 2019-2020 NAHL season, and it has been recognized as the calendar flips to November.

The Brighton native has been named the NAHL’s defenseman of the month for October, after Brennan recorded eight points in 10 games from the blue line with his Lone Star Brahmas.

Brennan, a Air Force commit, had a point in six of his 10 games last month, while finishing with a +2 rating.

“Sam has really made some big strides in his offensive game this season, which is now complimenting his already strong defensive ability,” said Brahmas head coach Dan Wildfong in a press release. “He has worked hard on and off the ice to become a better player and leader and it is paying off for him this season.”

Brennan served as captain of the Brighton Bulldogs in their 2017-18 state championship season; he was named first-team all-state following the season.

“I have gotten into more of a consistent schedule and really put a focus on having a good routine every day,” Brennan said. “In a league like the NAHL, you have to come to play every day, be it practice or games. It has given me a lot more confidence on the ice, especially when it comes to handling the puck and trying to create some offense. We have a great veteran group of players and it has allowed me to become a better player and take some more chances, knowing I have guys there to back me up.”