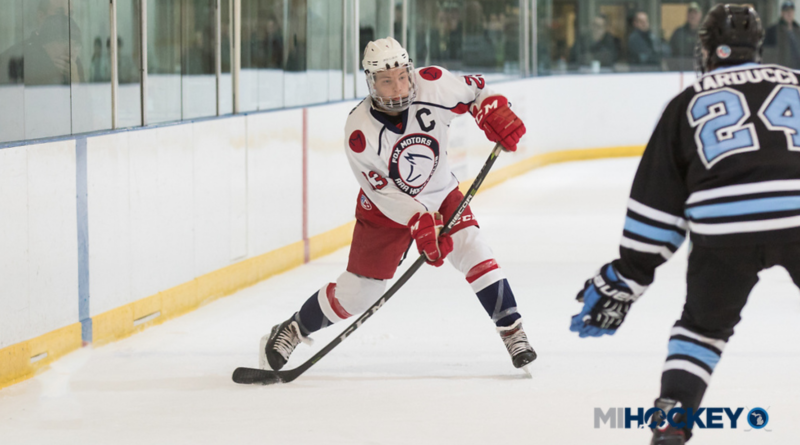 Sam Skinner may be in North Dakota right now, but sometime soon, he will be back home.

The Schoolcraft native – currently in his second season with the Minot Minotauros of the NAHL – has announced his commitment to Ferris State.

“It’s close to home, I love the campus, and it has a really good criminal justice program.” Skinner said via the Minotauros’ press release. “I want to eventually be a detective.”

A Fox Motors product, Skinner went on to thank “all the coaches in Minot, my parents, teammates, and all my past coaches,” in the release.

Skinner, a defenseman, served as a captain of the Fox Motors 16U team before making the jump to juniors. Last year, he played in 33 games with Minot and two with the Fargo Force of the USHL.