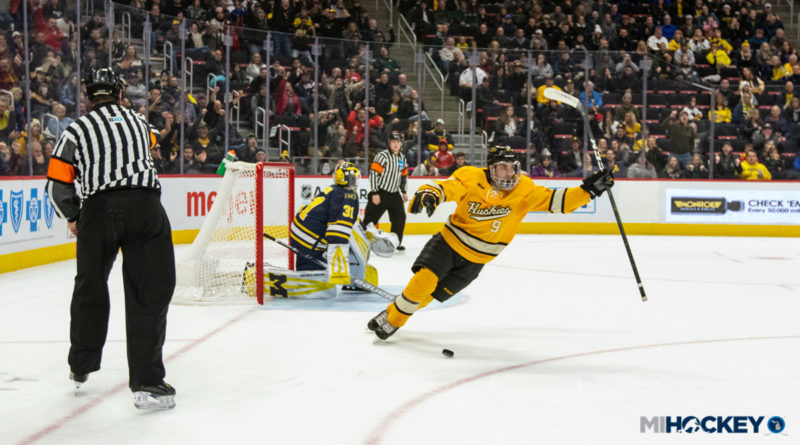 A big game from Tommy Parrottino helped Michigan Tech record its first WCHA win of the year Saturday night and earn a split with Bowling Green.

After dropping a 3-1 decision to the Falcons Friday night, the Huskies opened the scoring Saturday night on a Parker Saretsky goal at 5:46 of the second period. But Bowling Green responded quickly, as Max Johnson tied the game exactly one minute later.

From there, it was all Parrottino, as the Rochester Hills native scored three in a row for the natural hat trick en rout to a 4-2 win, his first goal coming at 11:45 of the middle frame and the final on a power play at 11:16 of the third period.

Plymouth native Robbie Beydoun stopped 25 shots in the win, and Alec Broeztman picked up a pair of helpers.

Highlights from the Huskies’ Saturday win via Michigan Tech: