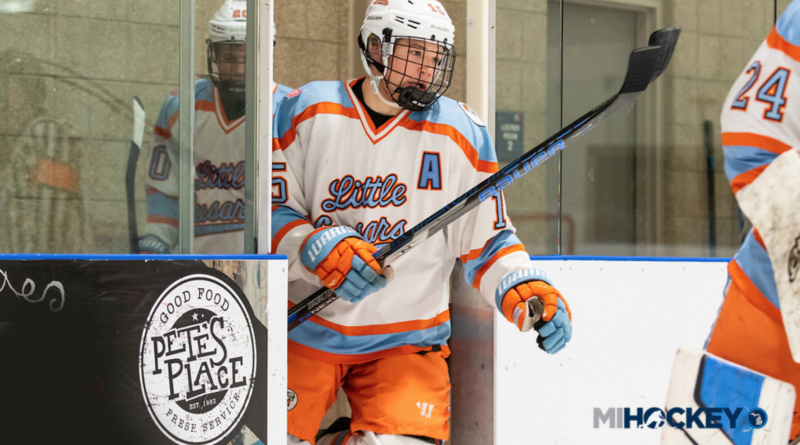 Lake Orion native Grant Hindman has moved away from home to play juniors this season, but soon, he’ll be back in the Great Lakes State.

The NAHL announced today that Hindman, a rookie defenseman with the Janesville Jets, has committed to Lake Superior State University.

“It’s a surreal feeling,” Hindman said in the league’s press release. “I’m very fortunate to have the ability to play hockey here in Janesville, and I’m thankful for the opportunity to go Division 1 as a Jet.”

“I’m a big fan of Damon Whitten and Zach Cisek,” Hindman said later in the release. “They’re both great guys and they really know what they’re doing up there.”

Hindman was part of the Little Caesars ’02 team that won numerous MAHA state championships. Now as a NAHL rookie, he’s already drawing praise from his new bench boss in Janesville.

“Grant is a very, very tough-nosed, shutdown defenseman who’s also very good at skating,” said Jets coach Corey Leivermann. “He plays penalty kill, he’s hard in his own zone, and makes great breakout passes. We’re gonna develop his offense here in Janesville, but overall [the Lakers are] getting a great human being who’ll probably be their captain someday. Already as an ’02 he’s getting high praise from his teammates here about his leadership, so any Lake State fans can watch this Jets team and get ready to see a future captain there.”