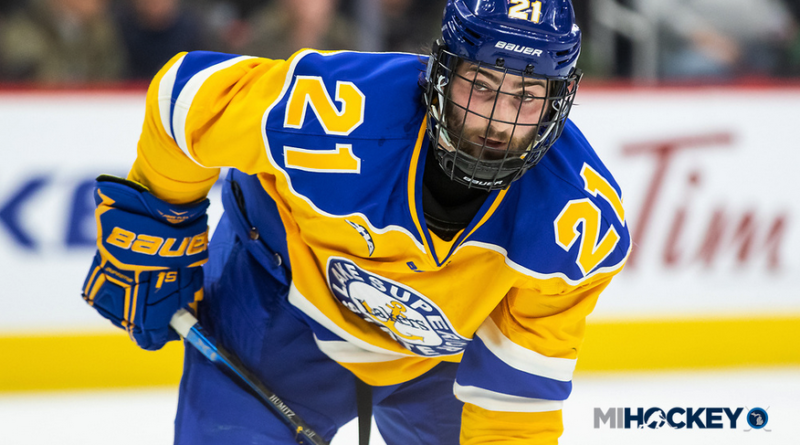 Lake Superior State has announced its captains for the 2019-2020 WCHA season, and one of two players wearing the ‘C’ for the Lakers hails from the Great Lakes State.

Livonia native Max Humitz will be one of two co-captains for the Lakers this season; he is joined by Stillwater, Minn., native Collin Saccoman.

Over his first three seasons, Humitz has racked up 76 points in 108 career NCAA games.