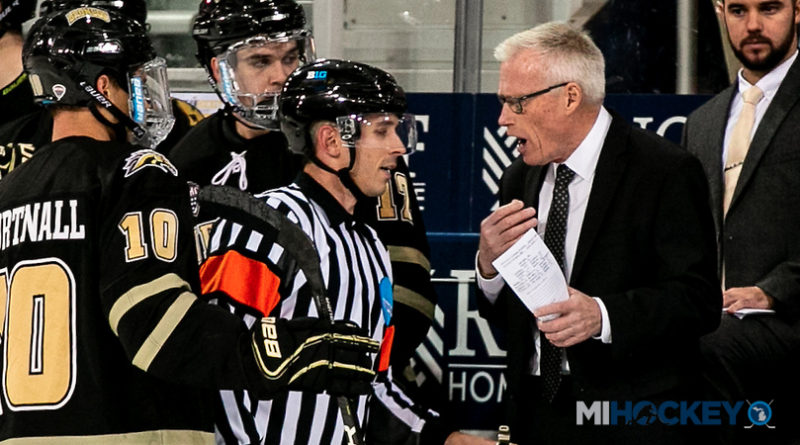 Western Michigan has locked up its hockey coach for the considerable future.

As first reported by Brad Schlossman and confirmed by the team on Twitter, the Broncos have signed Andy Murray to a five-year contract that runs through the 2023-24 season.

The 68-year-old Murray has been at Western Michigan since 2011-12, stepping in after Jeff Blashill left to join the Detroit Red Wings.

Heading into the 2018-19 season, Murray had registered a 118-116-34 record over seven seasons. He has been at the helm of the WMU program ever since they joined the National Collegiate Hockey Conference following the dissolvement of the CCHA.