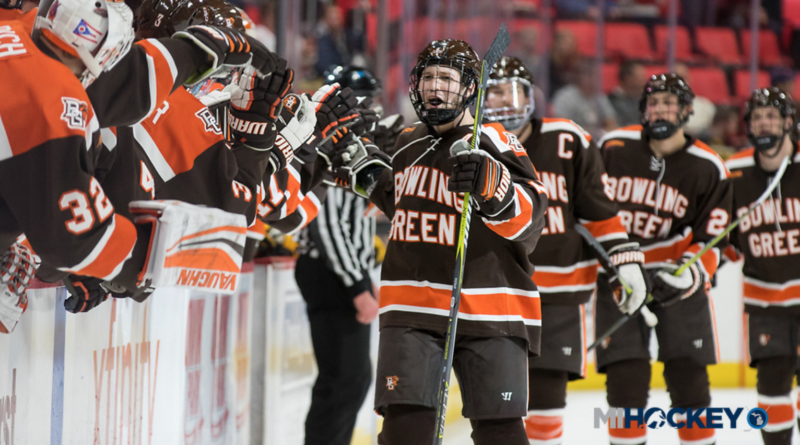 Tyler Spezia made the most of his first year of pro hockey, and he’s moving up the ranks in the process.

The Clinton Township native signed with the Grand Rapids Griffins today, a one-league bump-up from his first pro contract with the ECHL’s Toledo Walleye last August.

He earned an eight-game call-up with the Griffins; he recorded one goal and one assist in the timeframe.

Spezia registered 72 points and a +34 rating during his four seasons with Bowling Green prior to turning pro.

The Griffins also announced the signing of Josh Kestner, a Huntsville, Alabama native who posted 49 points in 61 games with the eventual ECHL champion Newfoundland Growlers.