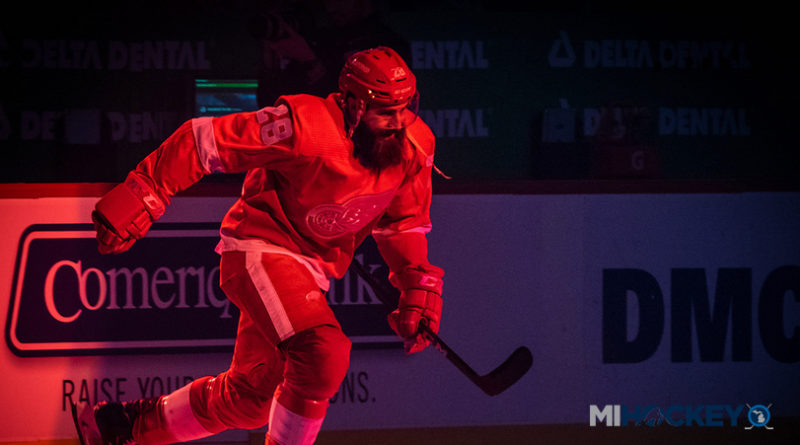 According to NHL.com, here is the Red Wings’ free-agency situation (we have added in the signees at the bottom.

Witkowski, a Holland native and Western Michigan alum, has signed a two-year deal with the Tampa Bay Lightning, the team that drafted him in 2008.

He played in 34 games with the Red Wings last season, registering two assists and 23 penalty minutes. Over the two years he played for his hometown team, he played in a total of 65 games, notching one goal and six points.

Witkowski served as the captain of the Syracuse Crunch, Tampa Bay’s AHL team, prior to joining the Red Wings.

Frk, meanwhile, signed a one-year, two-way contract with the Kings. He appeared in 20 games with the Wings last year, recording one goal and five assists. Outside of a short stint with the Carolina Hurricanes, Frk has spent his whole professional career with the Wings after being selected in the second round of the 2012 draft.

Of the players still undecided above, Vanek is not expected to return to the Wings, while Kronwall’s health issues of late have him as a question mark on the Detroit blue line.