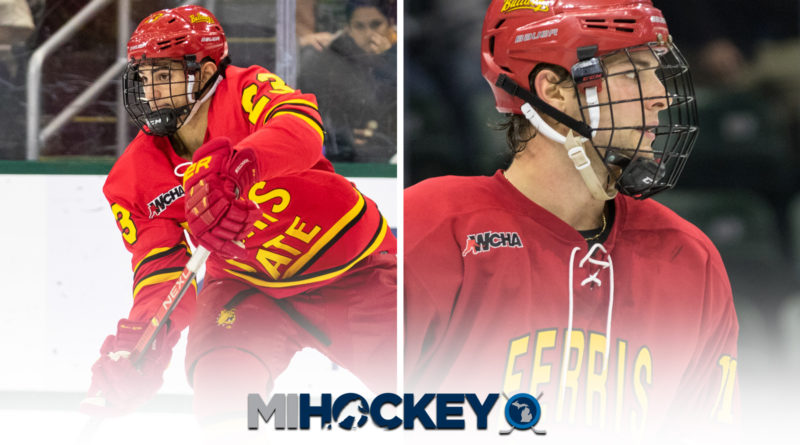 A couple of notable Michigan names will be leading the Bulldogs in the 2019-2020 season.

Belle Tire and Muskegon Lumberjacks alum Nate Kallen has been named captain of Ferris State for the upcoming campaign, while Livonia native Dominic Lutz will be serving as the assistant captain for FSU.

Kallen, originally from San Diego, Calif., played for the Belle Tire 18U team in 2014-15 before joining Muskegon. A soon-to-be senior defenseman for the Bulldogs, he recorded 24 points and a +3 rating in 36 games last season.

Lutz, a former Mr. Hockey winner with Livonia Stevenson, will also be a senior in the 2019-2020 season. Last year, he recorded six points in 26 games.