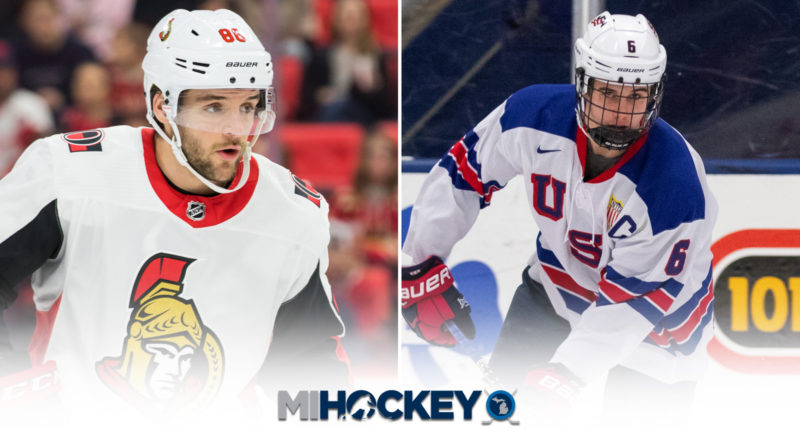 Hughes, fresh off his record-breaking two-year career with the NTDP in Plymouth, will be the youngest player to ever compete for Team USA at the prestigious international event.

Twelve of the players (11 full-time) have been a part of USA Hockey’s National Team Development Program in Plymouth/Ann Arbor, as well.

We’re excited about our team and it’s fun to hear the passion our players have when I’ve talked to them about representing our country,” said Chris Drury, general manager of the 2019 U.S. Men’s National Team. “We have one objective and that is to come home with the gold medal.”

Team USA will play a pre-tournament game against Germany on May 7, and officially start the tournament on May 10 against Slovakia.

More players will be added to the roster as USA Hockey confirms attendance.