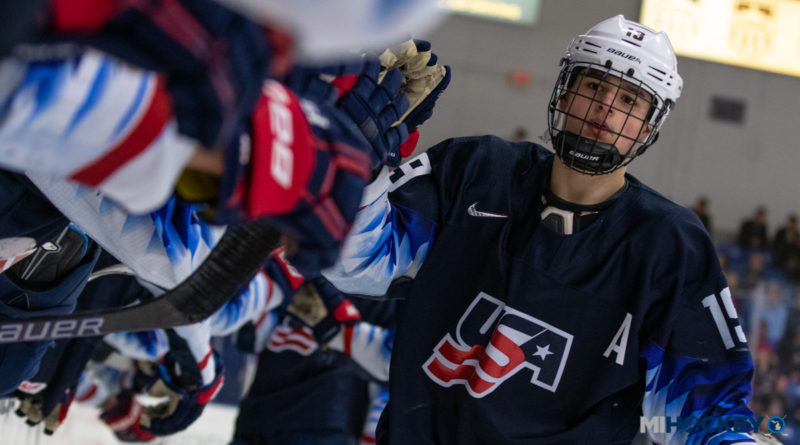 After dominating wins in their first two games, an Easter Sunday showdown with Russia was a close one for Team USA at the IIHF Under-18 World Championship.

The Americans improved to 3-0 in preliminary round play at the prestigious season-concluding tournament thanks to their ability to rally from a two-goal deficit.

Under-17 Team call-up Matthew Beniers added an empty-netter for insurance, as well.

Spencer Knight made 20 saves for his second win of the tournament.

Turcotte, a former Michigan resident who Red Wings fans may want to get to know, was named Team USA’s player of the game.

An illness kept him from traveling with the team to Sweden initially, but he has shown up with few signs of rust, as he has eight points in three games.

Team USA wraps up the preliminary round with a game against Latvia on Tuesday; puck drops at 9:30 a.m. ET on NHL Network.

The quarterfinals begin on Thursday.

Just call him Goal Caufield 🚨@jackhughes43 with the setup. @colecaufield with the finish.

Take a look at the @jackhughes43 one-timer that put the U.S. on the board! 🎯#U18Worlds pic.twitter.com/vY4IZI7WPn