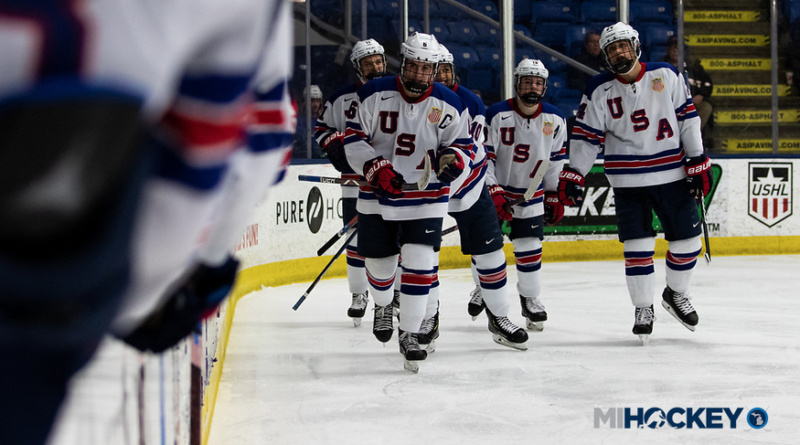 Today, Team USA dominated Finland in the quarterfinals of the 2019 IIHF Men’s Under-18 World Championship, recording a 6-0 victory en route to the semifinals.

Along the way, NTDP Under-18 Team star Jack Hughes broke the Team USA record for most points at the U18 Worlds recording a hat trick to pass Phil Kessel with 27 points.

Cole Caufield kept building on his U.S. goals record at the tournament, as well, as he notched No. 12 (and No. 70 of the season). Alex Ovechkin holds the tournament record with 14.

Spencer Knight recorded a 21-save shutout for Team USA, while Matthew Beniers scored the game’s first goal, and Bobby Brink added the last.

After two, #TeamUSA leads Finland, 4-0, behind @jackhughes43‘s second hat trick of the #U18Worlds!

Take a look at the record-breaking goal ⬇️ pic.twitter.com/bwad4VTNZu

Second of the game for @jackhughes43! 🚨#TeamUSA leads Finland, 3-0, after Hughes’ tally at the 4:56 mark.#U18Worlds pic.twitter.com/FKjFleYrXL

Take a look at the game-opening goal from @Matty_Beniers10 that gave the U.S. the lead.#U18Worlds 🇺🇸 pic.twitter.com/51f3adGFGe