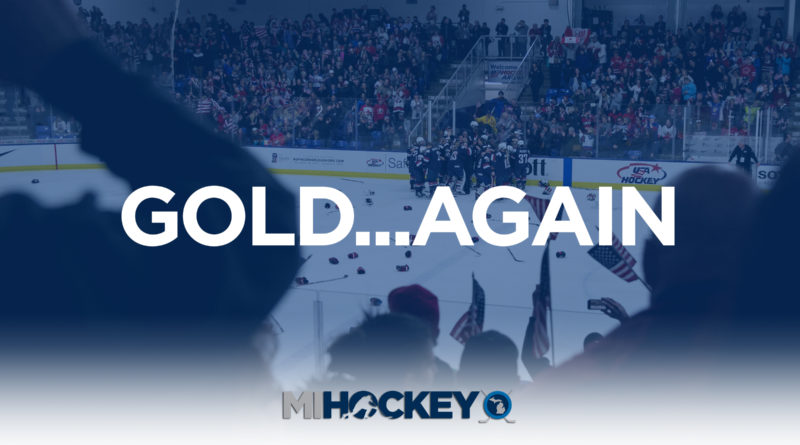 Well that was a wild one.

After a 1-1 game forced overtime in the gold-medal game at the 2019 IIHF Women’s World Championship, it looked like Finland found a way to prevail.

When all was said and done, however, it was Team USA celebrating.

For the fifth straight time, USA Hockey has won gold at Women’s Worlds, and it came with a shootout thriller over the host country to give the Women’s National Team a 2-1 victory.

“I’m extremely proud of our team tonight for playing their game while emotions were running high, in a loud building and against a team that played us incredibly hard,” said head coach Bob Corkum in a USAH release. “It’s been an honor to coach this team and a fantastic experience here in Espoo. We can’t thank the organizing committee enough for the hospitality over the past two weeks.”

Amanda Kessel and Annie Pankowski scored in the penalty-shot sessions to give Team USA the title over Finland in the first-ever IIHF Women’s World Championship title game that wasn’t a USA vs. Canada showdown.

Pankowski also scored in regulation for Team USA, while Alex Rigsby stopped 26 shots between the pipes.

Former Minnesota netminder Noora Raty, the hero in the Finns’ upset of Canada in the semifinals, stopped 50 shots in the loss.

A controversial play resulted in Team USA having a ‘second chance’ at gold Sunday. What appeared to be the game-winner from the opposition was overturned in overtime in dramatic fashion, as it was ruled that a Finnish player interfered with Rigsby. Making matters even more confusing, however, was that Rigsby ended up with a tripping penalty.

You can see the goal that was overturned here:

One last look at the Goal that wasn’t for Finland. #WomensWorlds pic.twitter.com/tNeEcve4gp

A timeline in video clips from the IIHF: