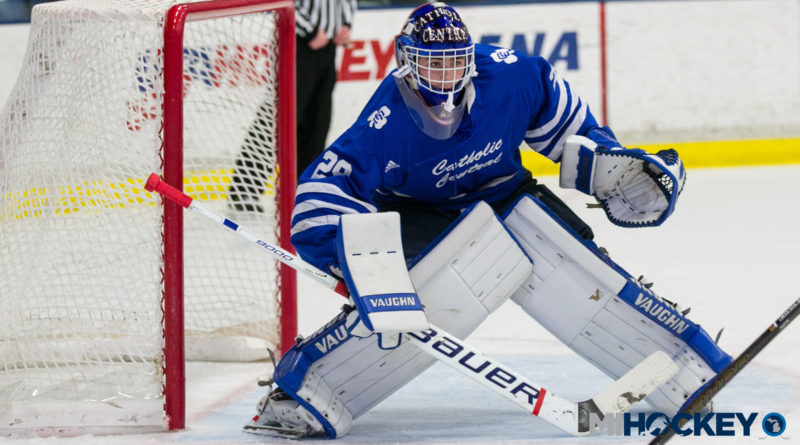 The Livonia native and former Detroit Catholic Central netminder has announced his commitment to play for the Rensselaer Polytechnic Institute (RPI) Engineers in Troy, N.Y.

“I believe RPI will give me the best opportunity, athletically and academically,” Calvaruso said. “I enjoyed my visit, and I know this will be the best fit for me.”

Calvaruso will join the Engineers after two years with Colorado College. Calvaruso played ten games from 2017-19 with the Tigers, and most recently played 31 games for Sioux Falls in the USHL this past season. In December, after playing just his first three games with the Stampede, Calvaruso was named USHL Goaltender of the Week.

Prior to joining the collegiate ranks, Calvaruso won a NAHL championship with the Lone Star Brahmas, this after leading Catholic Central to its third-straight Division 1 state title in 2016 a year prior.

Extremely proud to announce that I will be continuing my academic and athletic career playing division 1 hockey @RPI_Hockey. Thank you to my teammates, coaches, and family who helped my make this decision!