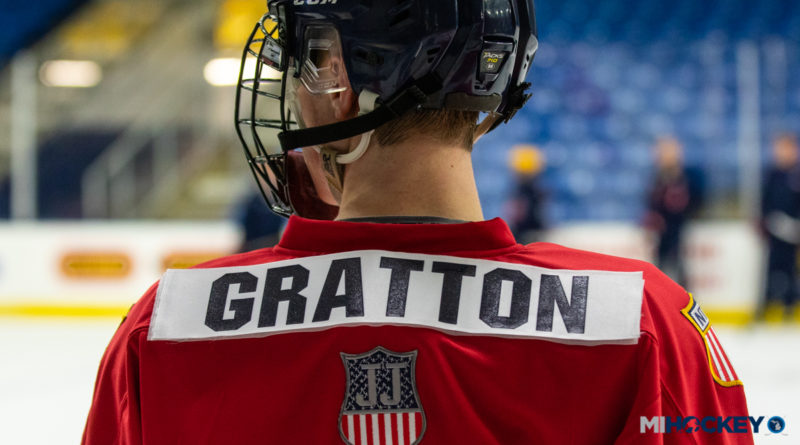 The Muskegon Lumberjacks have used a USHL tender to lock up a player they hope will be a team leader on the blue line.

The Jacks have used a USHL tender to sign defenseman Dylan Gratton for the 2019-20 season.

With a tender, Muskegon forgoes their first-round pick in the upcoming USHL Phase 1 Draft.

“First of all, he is a phenomenal young man off the ice,” Hamilton said in the USHL release. “As a player, he is an effortless skater and makes a great first pass. We are very excited to have landed a player with Dylan’s abilities and character.

“We first noticed him at NTDP camp, and he was outstanding. He was on our radar right from the start as a potential tender, if he were to be available.”

Gratton is the sixth tender in Lumberjacks franchise history. By signing a tender, the Lumberjacks commit to playing Gratton in 55 percent of their games next year.

They still have another tender, as well; a second tender would forfeit their second-round pick.