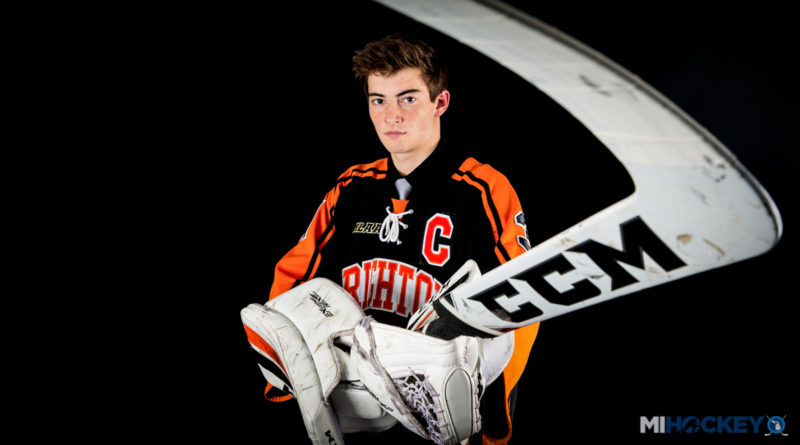 Logan Neaton watched his team win in overtime and secure a series sweep from 200 feet away.

When it came to celebrate, however, he had more important things to do.

As the Prince George Spruce Kings celebrated to the left of the Victoria Grizzlies’ goal after an overtime goal that clinched a four-game sweep, Neaton, a Brighton native, skated from his Prince George crease towards the pile, but he stopped at the opposing goal first.

After a quick word with goaltender Kurtis Chapman, Neaton joined his team’s huddle, but then came back again to check on the opposing goaltender.

The video clip is below; first shared by the BCHL, it’s been shared by a variety of social media accounts ever since. The original video has more than 14,000 views.

Stick taps to Neaton, the UMass-Lowell commit who was a standout netminder for Brighton High School from 2015-17.

He’s having an excellent season with Prince George, as well. In the regular season, he recorded a 32-8 record with a 1.92 goals-against average, a .914 save percentage and five shutouts.

HOW SWEEP IT IS!

Ben Poisson wins it in overtime and the Prince George @SpruceKings are headed back to the Fred Page Cup final! #BCHLPlayoffs pic.twitter.com/98dZUX1DHm