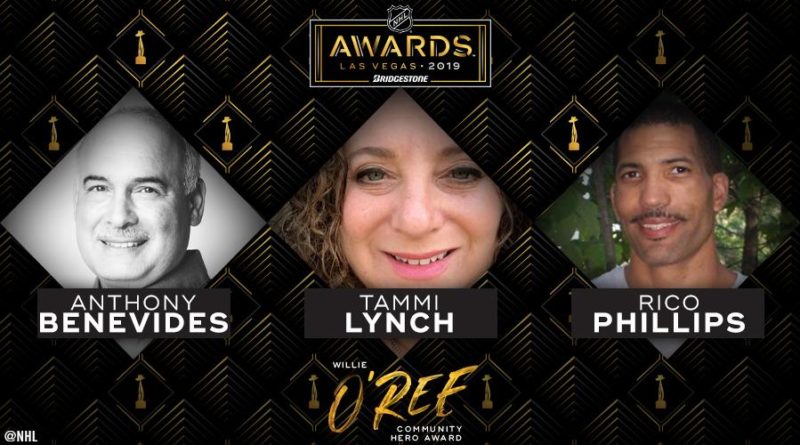 Two of them are from Michigan.

The Willie O’Ree Community Hero Award is given to “an individual who – through the game of hockey – has positively impacted his or her community, culture or society.”

Under Benavides’ leadership, Clark Park’s program grew from roughly 80 youth players to 140 in a year’s time.

For the past six years, the program has provided opportunity for children in Flint to play hockey for free. In a nine-week program, parents and high school hockey teams provide mentorship and assistance both on and off the ice.

Fans can vote here once a day through May 5 and also read more about the finalists.

The ultimate winner will be announced during the NHL Awards show on June 19.

Check out this Flint ABC 12 video on Phillips and the Flint Inner City Youth Hockey Program:

And this clip of Benavides receiving a phone call from O’Ree: