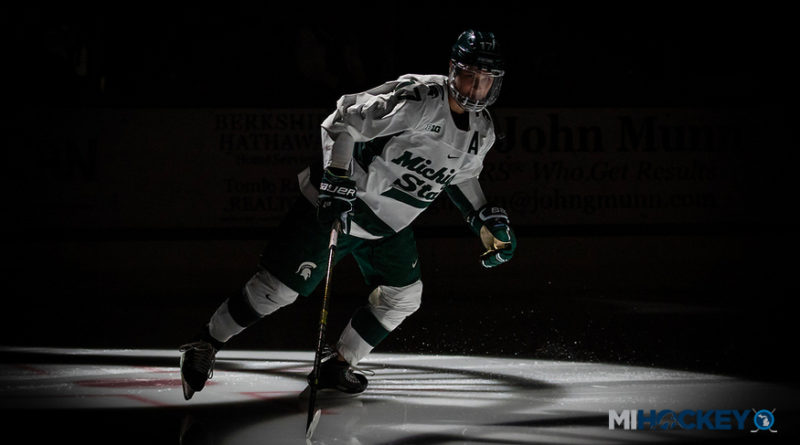 It was already going to be a special day for Taro Hirose.

Just got a little better.

On the day he will make his NHL debut with the Detroit Red Wings, Hirose was named Big Ten player of the year to conclude his junior season with Michigan State.

Hirose signed with Detroit on March 12 after leading all of college hockey with 50 points in 36 games as a junior for the Spartans.

Hirose was also honored as the Big Ten scoring champion today, as well.