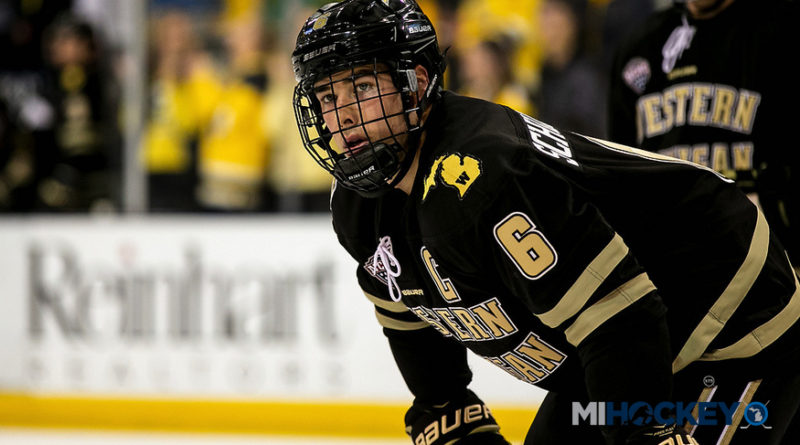 Western Michigan ended the 2018-19 NCHC regular season with a weekend sweep, and two of the Broncos received league recognition for their efforts.

Milford native Corey Schueneman was named the conference’s defenseman of the week, while senior forward Colt Conrad was named offensive player of the week after Western went down to Oxford, Ohio and roughed up the RedHawks.

The Broncos, who currently check in at No. 13 in the Pairwise Rankings that determine who gets into the NCAA Tournament, will host No. 6 Colorado College in a battle that determines who goes to the NCHC Frozen Faceoff in two weeks.

Schueneman, the Broncos’ captain, posted five points in the weekend sweep. He set up the game-winning goal both nights, posted a +3 on the weekend and anchored a WMU penalty-kill that held Miami scoreless on nine tries.

Conrad, meanwhile, led the NCHC in scoring on the weekend, racking up seven points against the RedHawks. The St. Alphonese, Manitoba native recorded three points on Friday and four on Saturday (helping Wade Allison register a hat trick, too). He had two goals, five assists, six shots on goal and a +5 rating in the two contests.