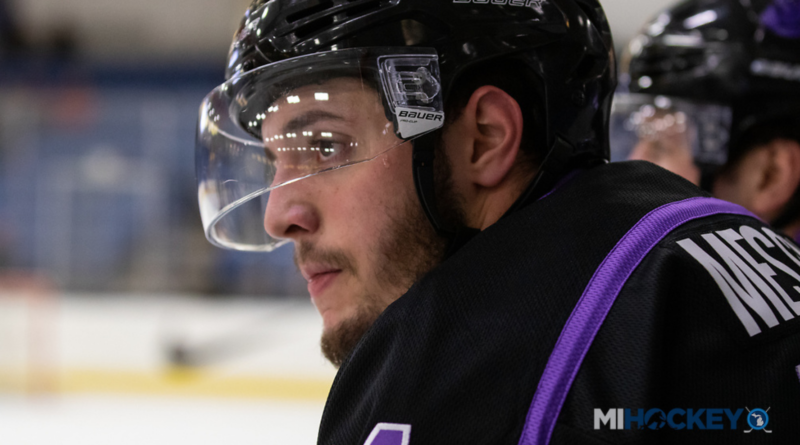 Dalton Messina has spent the majority of the last two seasons in the Buckeye State, and now he’s going to be spending a lot more time there.

The Macomb native and Youngstown Phantoms forward has announced his commitment to Ohio State.

The Compuware and Oakland Jr. Grizzlies alum has spent three seasons in the USHL, starting with the Cedar Rapids RoughRiders and now with the Phantoms.

This season, he has 2o points and 80 penalty minutes in 44 games.

He said he’s excited to move from Youngstown to Columbus.

“I was drawn to OSU because of their incredible campus and atmosphere,” Messina said. “I want to achieve success in academics and athletics, and I know that OSU will provide me with the best opportunity to succeed on the ice and in the classroom. Ohio State’s hockey program is unmatched and the legacy that the program and the university hold is one of a kind. It is an honor to be a part of such a legendary program and school.”