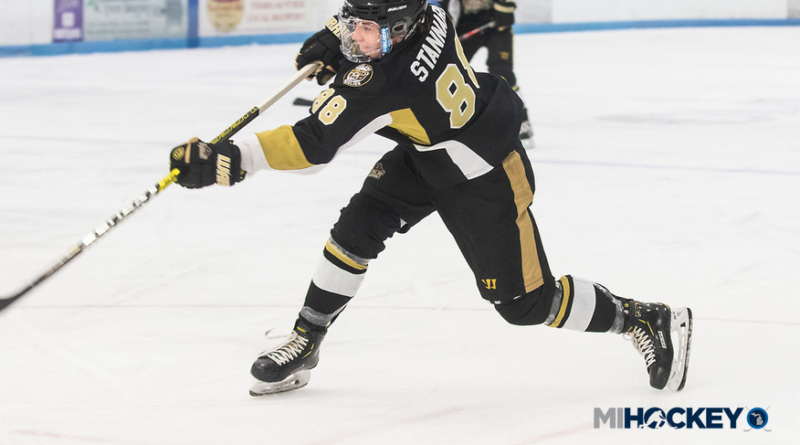 Right now, his hockey journey has taken him down to Metro Detroit.

Someday soon, it will take him all the way to Omaha, Nebraska.

Escanaba native Brayden Stannard has committed to the University of Nebraska Omaha Mavericks.

“I picked UNO because it felt like home as soon as I saw it,” Stannard told MiHockey. “The campus is amazing. The staff and everyone in Omaha is super friendly and fun to be around.

“Omaha is a great town and a place I want to be around for four years.”

Stannard, a 2002 birth-year forward, is in the midst of his first season with the Oakland Jr. Grizzlies 16U team. According to the team site, Stannard has 34 points in 49 games.

Last year, as a freshman, Stannard suited up for Escanaba High School, and he thrived. The rookie forward registered 20 goals and nine assists for 29 points in 24 games, according to the Michigan High School Hockey Hub.