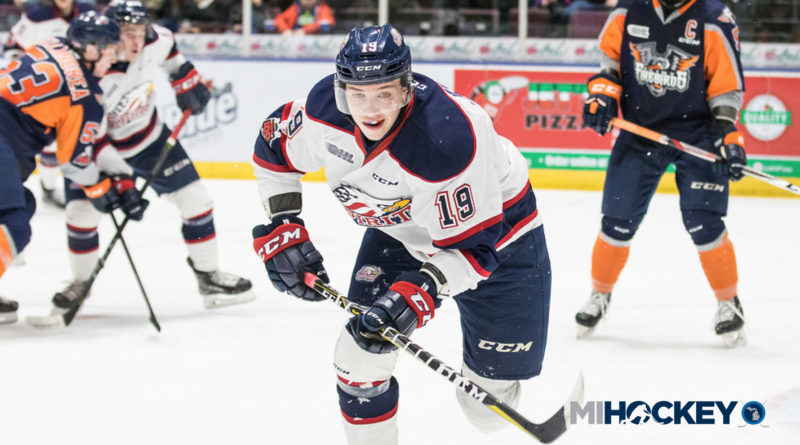 The Saginaw Spirit are soaring into the second round of the OHL Playoffs, with one of their Michigan boys providing the final blow.

Blade Jenkins scored the game-winner for the Spirit Thursday night, wrapping up the team’s four-game sweep of the Sarnia Sting in their first-round series with a 5-4 win.

With the win, the Spirit punch their ticket to the second round of the OHL Playoffs for the first time since 2012.

The victory was of the comeback variety, as the Spirit erased a two-goal deficit in the third period before Jenkins, a Jackson native and New York Islanders draftee, buried a loose puck in overtime.

Here was the goal:

Saginaw recorded two wins at home to start the first round – beating Sarnia by a combined 11-4 – before wrapping things up with a pair of road wins.

Owen Tippett led the Spirit in scoring in the first round, racking up eight points in the four contests. Red Wings prospect Brady Gilmour was second with six.

Ivan Prosvetov started in goal for all four contests; he holds a 2.15 goals-against average and .937 save percentage to accompany his four wins.

Here are the full game highlights from Game 4: