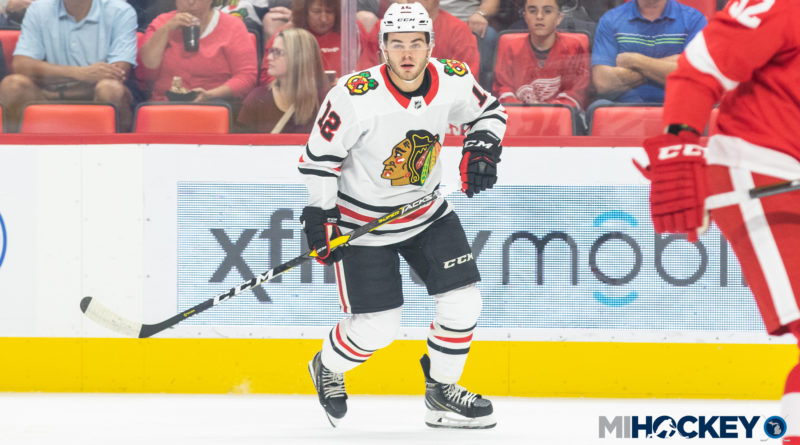 It’s hard to imagine how so many teams passed up on Alex DeBrincat in the NHL Draft.

But ever since, he’s done nothing but produce at the NHL level, and Thursday night saw the Farmington Hills native accomplish an impressive feat.

His 68 career goals are the most of any Blackhawks player in franchise history through his first two seasons.

DeBrincat is just in his second pro season and is up to 40 goals and 33 assists for 73 points this season, all career-high marks. This follows an impressive 28-goal, 52-point rookie campaign last season.

Additionally, he and Patrick Kane – both Metro Detroit AAA hockey alumni, Kane with HoneyBaked and DeBrincat with Victory Honda – became the second set of U.S.-born teammates in NHL history to each score 40+ in a season, joining Kevin Stevens and Joe Mullen of the 1991-92 Pittsburgh Penguins.

Hear from the Cat after he tallied his 39th and 40th goals of the season! #Purr pic.twitter.com/7qz711NSs3