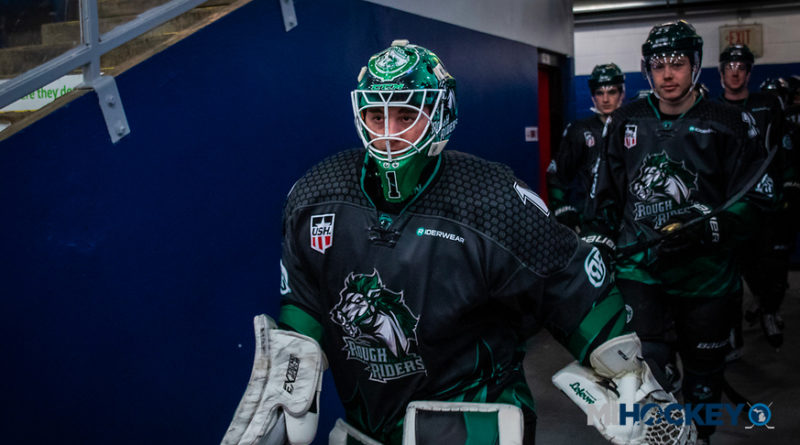 Ronnie Attard has some company on the latest USHL players of the week list.

Attard, who set a modern-day USHL record for goals by a defenseman in a single season with his 20th tally yesterday, is the defenseman of the week…obviously.

The White Lake native and Western Michigan commit had two goals and three assists in three games this past weekend.

Pietila, for the third time this season, has been named the goaltender of the week after helping his Cedar Rapids RoughRiders to a pair of wins. The Howell native and Michigan Tech commit stopped 23 of the 24 shots sent his way Saturday against Waterloo, then 29 of 31 yesterday against Green Bay.

Furry, who played for the Belle Tire U18 team in 2016-17, had three goals and five assists for eight points in three games.