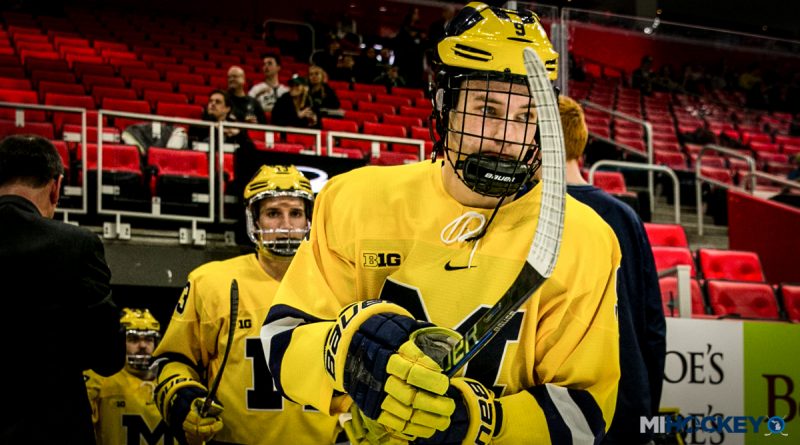 The University of Michigan received a major blow Thursday morning.

The team announced that emerging sophomore forward Josh Norris will miss the remainder of the 2018-19 season due to an injury suffered at the 2019 IIHF World Junior Championship that will require surgery.

Norris ranked second on the Wolverines in points with 19 (10 goals, 9 assists) in 17 games this season.

“It’s disappointing to have my season end and I’m going to miss being on the ice with my teammates every day, but it’s something that I have to take care of,” Norris said in a press release. “I am looking forward to working hard during rehab and am excited to get back on the ice. I’m going to be here supporting my teammates throughout the rest of the season and wish them the best of luck.”

“I feel bad for Josh. He was having an outstanding season,” said head coach Mel Pearson. “Knowing him, he will work extremely hard to come back stronger and become an even better player. We look forward to having Josh continue to be a part of our team this season.”