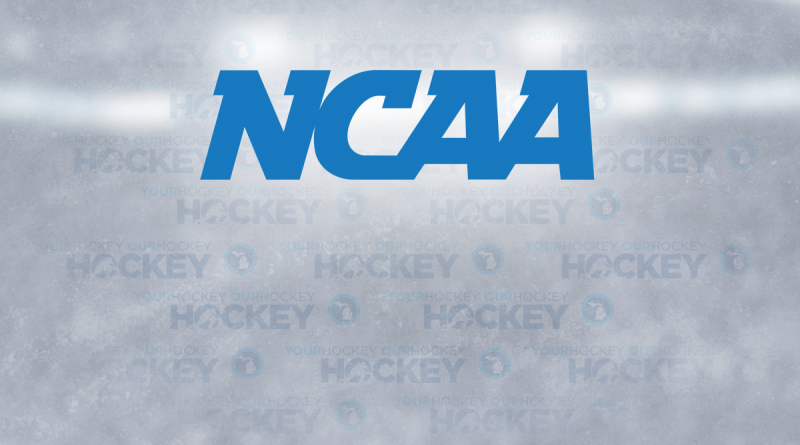 It was a clean sweep for Michigan names in the NCAA’s three stars of the week.

It’s not very often a player nets seven points in a two-game weekend, but that’s exactly what Jobst accomplished in East Lansing after a set that saw a combined 20 goals scored by both OSU and MSU. Jobst first posted a goal and three assists in a 7-7 tie with Michigan State on Friday before following it up with a goal and two assists in Saturday’s 6-0 shutout win. A Speedway, Ind. native, Jobst spent his USHL days in Muskegon playing for the Lumberjacks and also spends part of his summer training in Michigan.

Marchin, the one true Michigan native on the list, led the Bears to the Three Rivers Classic championship in Pittsburgh this past weekend with a combined five-point effort. That’s huge considering he entered the weekend with six points through 13 games. In Friday’s semifinal tilt against Robert Morris, Marchin posted a goal and two assists. He followed it up with a pair of goals against Union on Saturday in a 6-3 win.

After being named MVP of the Great Lakes Invitational in Detroit on New Year’s Eve to lead LSSU to its first tournament crown, Cuglietta carried that momentum right over to 2019. The senior forward potted two goals to help lift the Lakers to a weekend sweep of Alaska Anchorage, 5-2 and 3-1 decisions on Friday and Saturday, respectively.