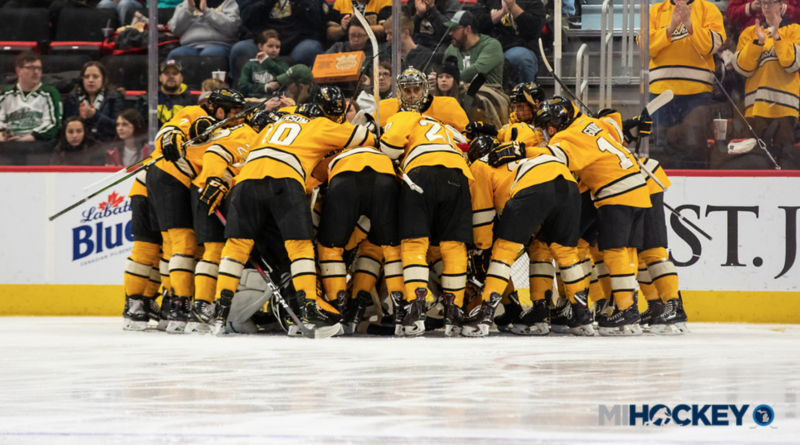 It was 10 below zero at puck drop.

Joe Shawhan said the boys still had a good time though.

To help kick off the 2019 Hockey Day in Minnesota festivities, Michigan Tech traveled to the shores of Lake Bemidji for an outdoor contest with the Bemidji State Friday night.

The home team prevailed 4-3 in overtime.

“The experience was a good one for the players,” Tech coach Joe Shawhan said. “The play got better as the game went on, and the ice held up just fine.

“We obviously have to get a lot better as a team. That’s four straight games in a row that we’ve been tied in the third period against a good team. We have to find some poise and some ways to get better.”

It was -10 degrees outside for the teams when the contest began, made worse throughout the contest with windchill and the game moving later into the night (puck drop was at 7:07 p.m.

Tech held three different one-goal leads in the contest on goals from Brian Halonen, Todd Kiilunen and Gavin Gould. It was Bemidji State’s Dillon Eichstadt ruining MTU’s role of spoiler in overtime, however.

The Huskies weren’t able to thaw out in time for the rematch indoors the next night; Bemidji State won 3-0 on Saturday.