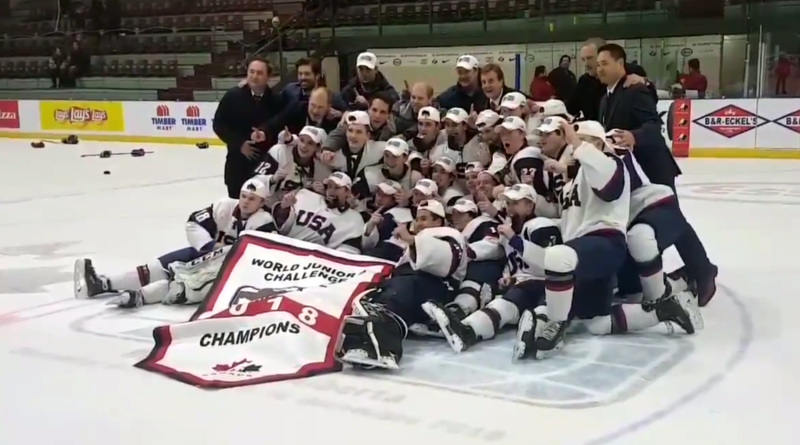 Sunday evening, Team USA beat Russia 2-0 in the title game of the World Junior A Challenge.

It’s the fifth time in seven years that the U.S. squad – each year an all-star group from the USHL – has won the prestigious event. It’s the eighth WJAC championship for USA Hockey.

White Lake native Ronnie Attard, a Western Michigan commit, served as the captain that accepted the trophy on behalf of USA Hockey – video included below.

On Saturday, the Americans beat Canada West 3-2 in overtime to advance to the championship contest.

The U.S. exits the first period with a 1-0 lead over Russia in the #WJAC championship game.