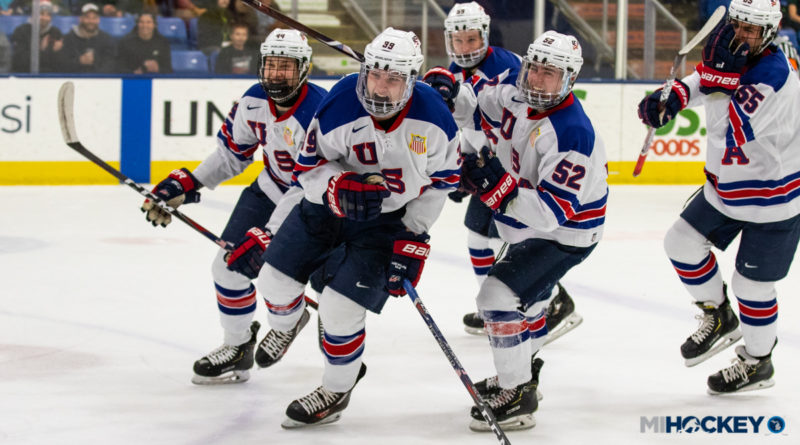 You could consider it a dress rehearsal.

The players didn’t – the hits and the emotion displayed on the ice certainly showed that – but Friday night’s game didn’t mean much more than just some 24 hours of bragging rights.

Team USA beat Russia 4-2 in the final game of the preliminary round at the 2018 Under-17 Four Nations Cup inside USA Hockey Arena in Plymouth. Both teams had already secured spots in Saturday’s 7 p.m. championship game.

You won’t want to miss that one – ticket info can be found here.

“I really like that we came out on the attack, started aggressive and didn’t play with any fear or hesitation in our game,” said U.S. National Under-17 Team head coach Seth Appert. “The level of competition, urgency and intensity raises dramatically from a preliminary round game, and we are going to have to raise ours to be able to win this tournament tomorrow.”

Dylan Peterson, Jake Sanderson, Ty Smilanic and Alex Gaffney scored for Team USA in the win; Noah Grannan recorded the victory between the pipes with 20 saves.

Photos from the game: