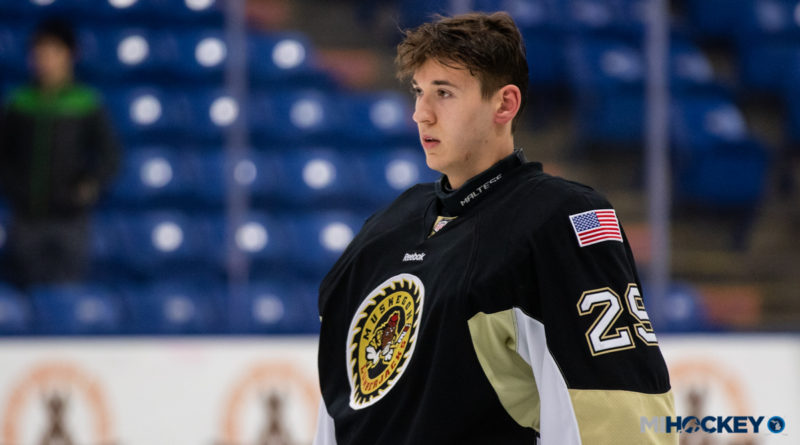 Lumberjacks goaltender Brandon Bussi has been thriving in Muskegon.

He has decided that he would like to stay in the Great Lakes State for the foreseeable future, too.

Bussi has announced his commitment to Western Michigan.

He said a trip to Kalamazoo made quite an impression.

“I went on a visit and fell in love with the program,” Bussi told MiHockey. “I got to sit in on video and watch a practice and saw a very professional environment. The coaching staff is excellent and packed with NHL experience. Also, playing in the NCHC was very appealing to me. It’s the top conference in Division 1 Hockey. On top of that, I love the campus. All these reasons made it an easy decision to come to WMU.”

It’s easy to see why the Broncos were interested; Bussi has been lights-out with the USHL program closest to Western Michigan.

The Sound Beach, N.Y., native holds a 19-2-0-0 record on the season for the first-place ‘Jacks; his 2.19 goals-against average is second in all of the USHL. Bussi also holds a .921 save percentage, along with four shutouts, so far this season – his first campaign in the Tier 1 junior league.