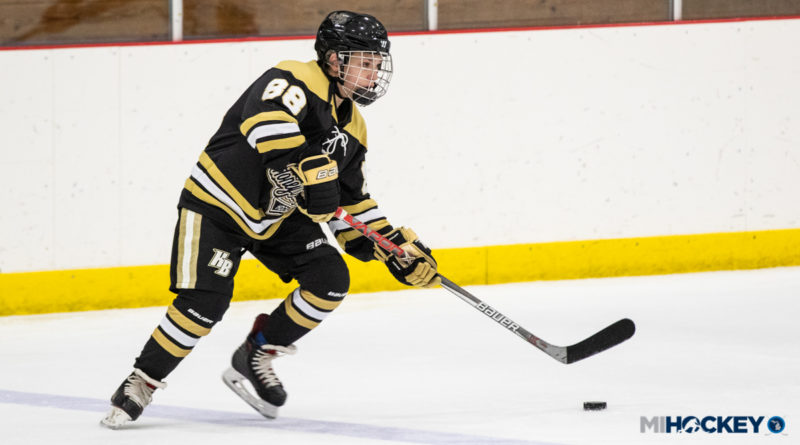 Someday, it’s going to be a big ‘BOSTON’ text.

The Honeybaked ’04 birth-year defenseman had an early Christmas present for Albie O’Connell and the Boston University coaching staff, as Hutson made his commitment to the Terriers on Christmas Eve.

“Playing Division I college hockey has been a goal of mine since I started to play,” Hutson told MiHockey. “I picked BU because of the combination of outstanding academics, tradition and the long history of developing excellent hockey players and moving them on to the next level – players like Charlie McAvoy, Clayton Keller, Brady Tkachuk and Jack Eichel to name a few. Go Terriers!”

Hutson moved to West Bloomfield from the Chicago area to suit up for Honeybaked and attend the Total Package Hockey Center of Excellence in Bloomfield this school year.

His Honeybaked club won the Bauer Motown Cup earlier this season; they will be trying to defend their MAHA state title in March. Hutson is the third member of his team to make a NCAA D1 commitment, joining Rutger McGroarty (Notre Dame) and Hunter Brzustewicz (Michigan).