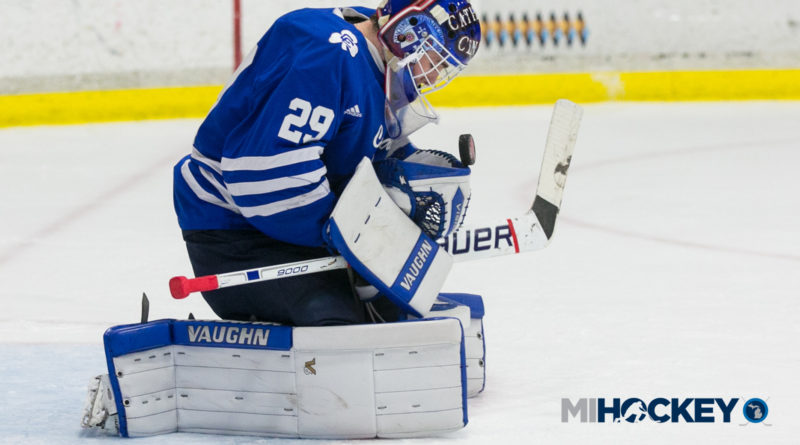 Alec Calvaruso is making up for lost time.

The Livonia native has only played in three games with his new Sioux Falls Stampede team, and he’s already been named USHL goaltender of the week.

In his first USHL appearances, Calvaruso stopped 10-of-10 in relief duty to help his Stampede to a comeback win over Dubuque on Thursday. Friday, he stopped 29 of the 31 shots sent his way, and then on Saturday, he stopped 20 of 21 to lead Sioux Falls to a weekend sweep of the Green Bay Gamblers.

Calvaruso joined the Stampede earlier this season after beginning the year with Colorado College.

He was in the midst of his sophomore season with the Tigers before deciding to leave the program.

A ’98 birth-year netminder, Calvaruso was the star goaltender for Detroit Catholic Central in 2015-16, recording a shutout in their state title-clinching win over Brighton in Plymouth.

He helped the Lone Star Brahmas win a NAHL championship the next season before joining Colorado College.