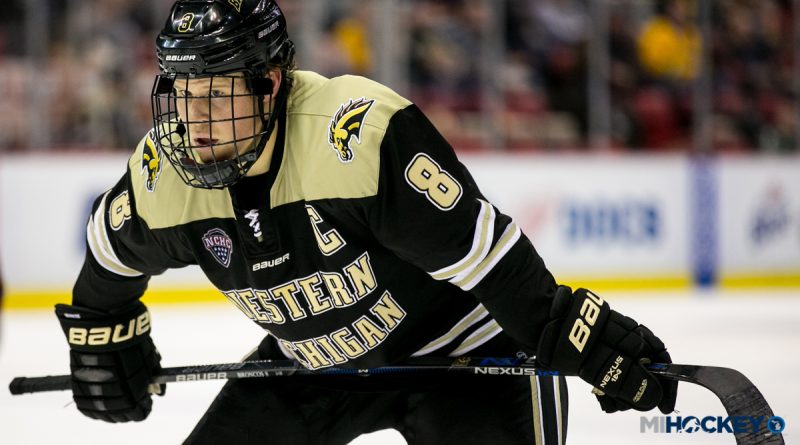 In his return to the Colorado lineup, Sheldon Dries made as good of an impact as any, despite his Avalanche losing to Calgary, 6-5, Thursday night.

The Macomb Township native and Western Michigan alum potted a goal and an assist in his call-up from the AHL, after being held pointless in his first four NHL games, from Oct. 4-16.

After tipping home a Tyson Barrie shot early in the second period to put the Avs up 2-0, he then provided a highlight-reel assist on Colin Wilson’s fourth of the year later in the frame. Dries used his speed to beat a defender wide and slid a pass underneath a second defender’s stick over to Wilson for the tap-in.

Dries also finished the game a plus-two in 10:11 of ice time in a depth role.

The 24-year-old Dries accumulated 84 points in his four seasons with the Broncos, from 2013-17 before joining the pro ranks. After signing with Texas in 2017, Dries found a new home in the Avalanche organization.