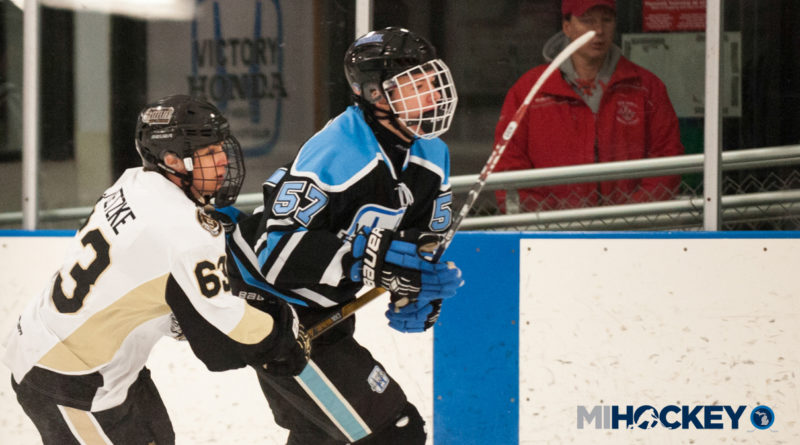 Brenden Datema may be in Texas at the moment, but he will be back in the Great Lakes State soon.

The Sterling Heights native has announced his commitment to Michigan Tech.

“I picked Tech because the coaches made it feel like home and they have a very good track record,” Datema told MiHockey. “The campus tour was unbelievable and the guys were really nice and welcoming.”

Datema, a 1999 birth-year defenseman, is in the midst of his second full season with the Amarillo Bulls of the NAHL. So far this season, he has 22 points in 19 games – a big jump from last year’s total of nine points in 43 games.

The future Husky also holds a +14 rating on the season; last year, he was -3.