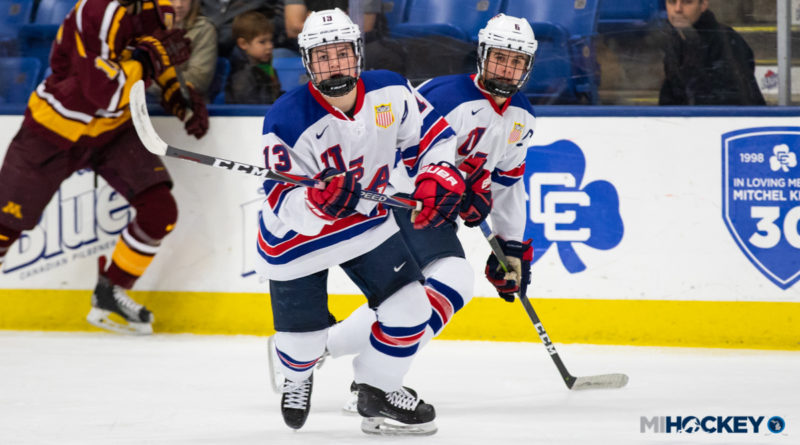 This week, NHL Central Scouting announced its updated November rankings for the 2019 Draft.

The highlight, of course, is that eight members of the NTDP Under-18 Team appear in the ‘A players’ category. The special group remains undefeated in international play in their 2001 age group halfway through their second year with the Plymouth-based program. In total, 20 members of this year’s Team USA U18 squad appears on the list.