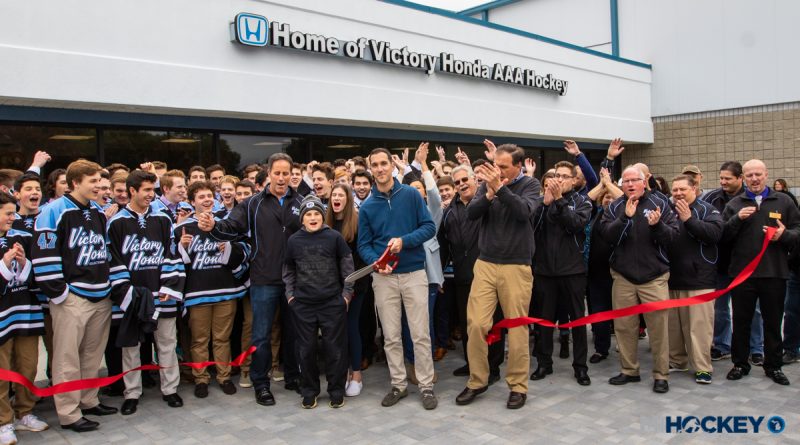 PLYMOUTH – On Oct. 19, Michael Cappo took a giant pair of scissors to a strand of ribbon as a collection of hockey players cheered behind him.

It’s been in operation for a while now, as the home of Victory Honda needed to be up and running for its various teams and events.

However, with the ribbon-cutting and the ensuing celebration, the place previously known as the Arctic Pond is now officially open to the public, and ready to make an impact on hockey in Metro Detroit.

“It’s been…I talked to [MiHockey] when things were starting to materialize (June 2017 article) and it’s been a heck of a project,” Cappo told MiHockey. “A lot of hard work from Doug Lidster and Brian Burke and Bill Smith, those are the three guys that help run the rink and run the program. I don’t think they knew what they were getting into when we did all this, because they were literally doing manual labor. We re-did everything under the ice, and there are 10 miles of hoses under the ice. They laid them, all themselves. Big thanks to those guys, and it’s great now that they can come out here and coach their teams.”

The Arctic Pond closed in August of 2016. The Cappo family – which owns the Victory Automotive Group that has sponsored the Tier 1 organization for more than 15 years – purchased the building the following May with the goal of revitalizing the building and enhancing the home of Victory Honda.

“It’s really nice to have a home for everybody. We were worried that this was going to go away, and all the effort of these folks made it come together. It’s really special.” 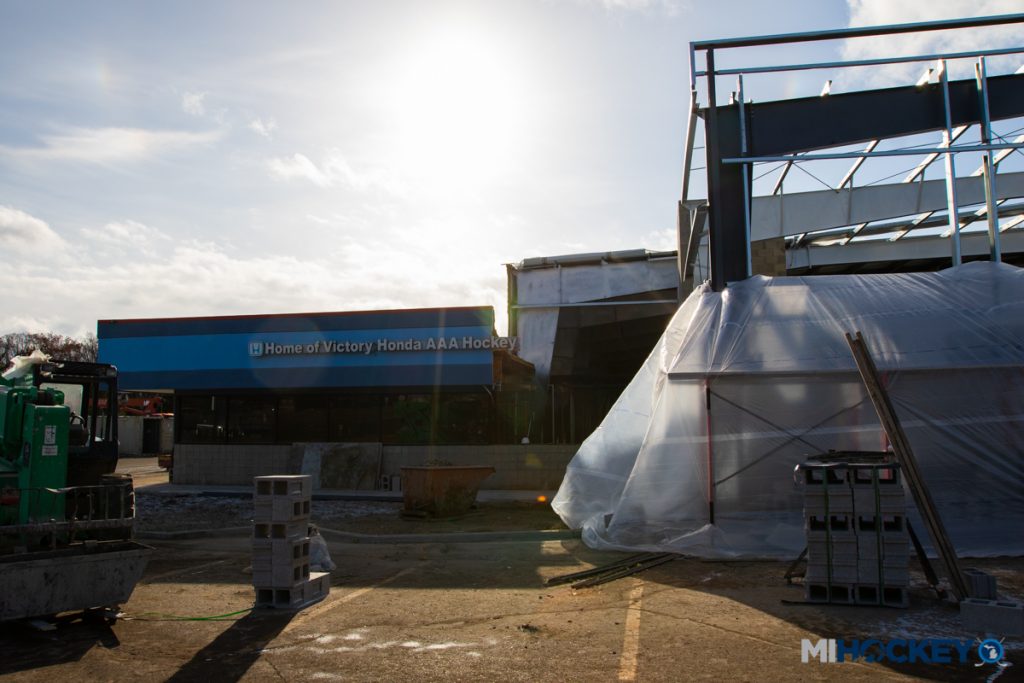 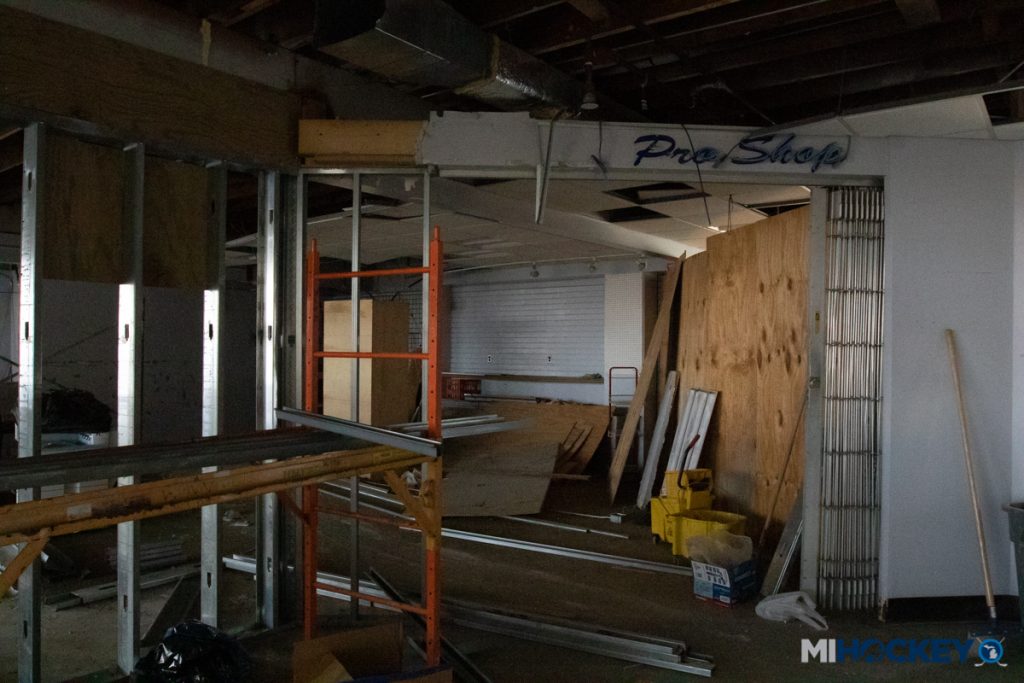 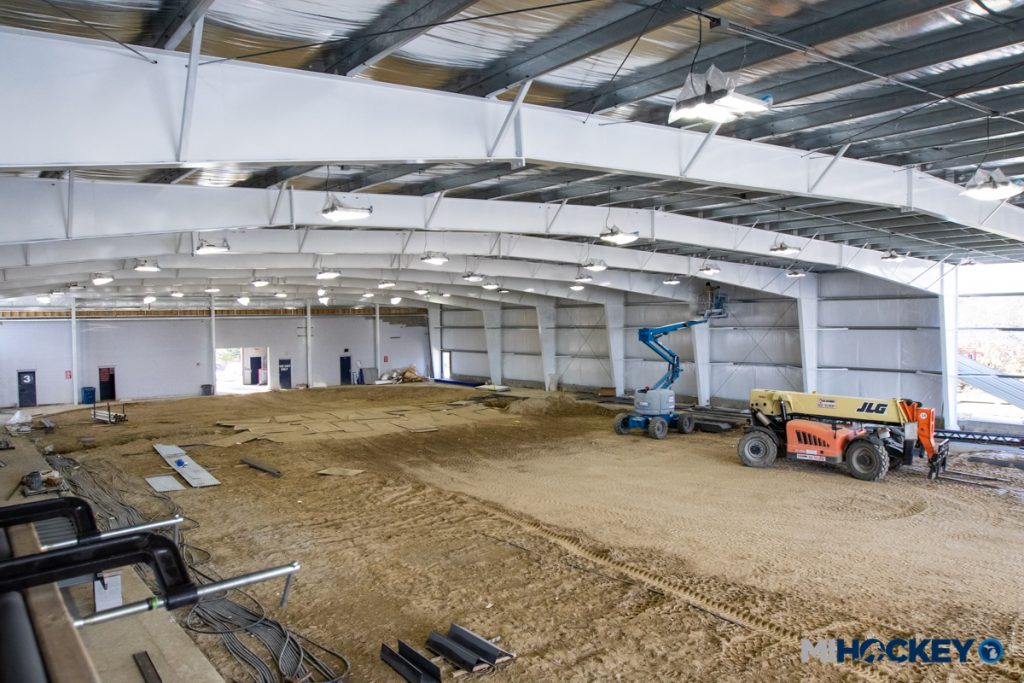 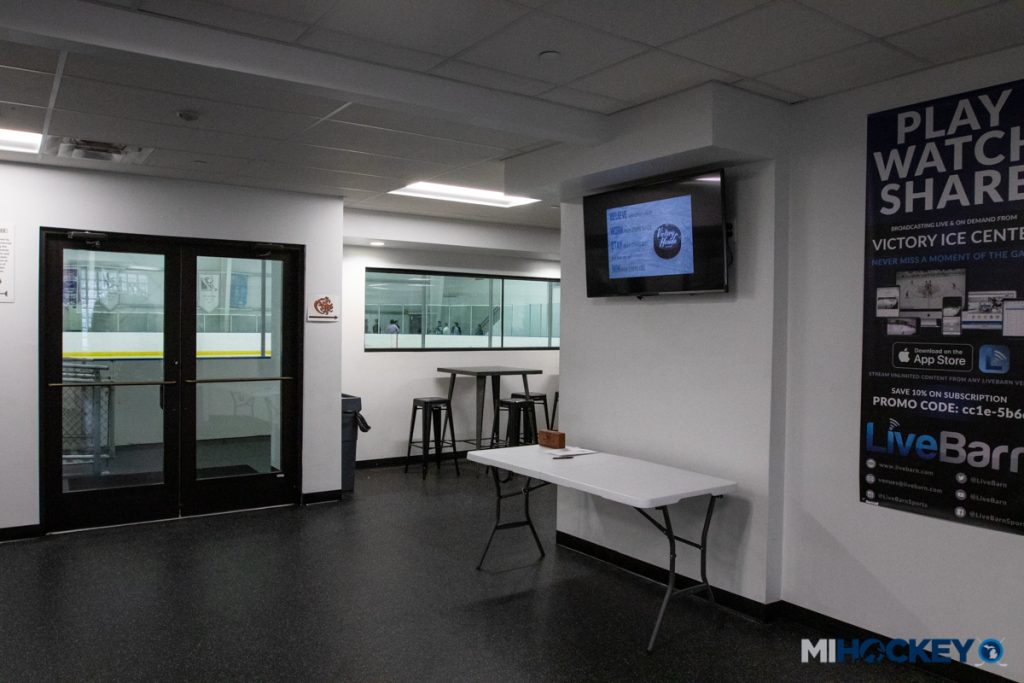 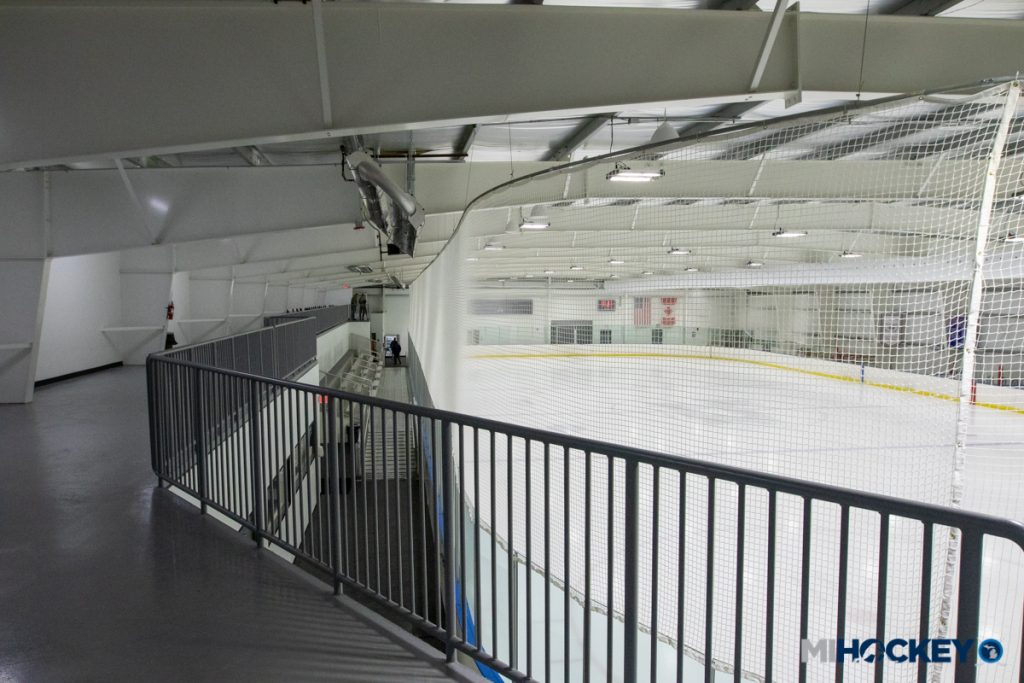 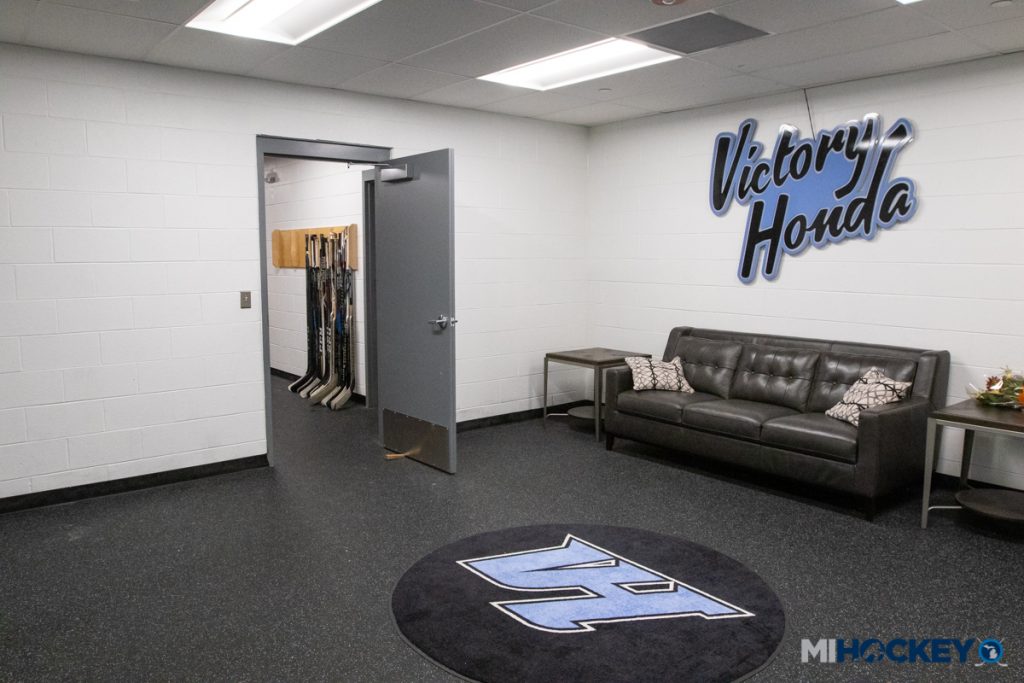 The official rink opening celebration gave the Victory Honda family an opportunity to honor a coach the hockey community lost in March.

The family of Don Fardig was on hand to unveil a plaque in honor of the former University of Michigan letterwinner in both hockey and golf; family members took part in a ceremonial puck drop moments later.

“Digger, as he was more popularly known, he had to be coaching in the organization for at least 10 years,” Cappo said. “He was my coach when I played here back in 2006. He’s been around for quite some time. Fun fact – he was a letterman in both hockey and golf at the University of Michigan – so a heck of an athlete. Loved here, loved in Ann Arbor, everybody knows him. We’re happy that we can have his son, Danny, and his wife here and their family here today.” 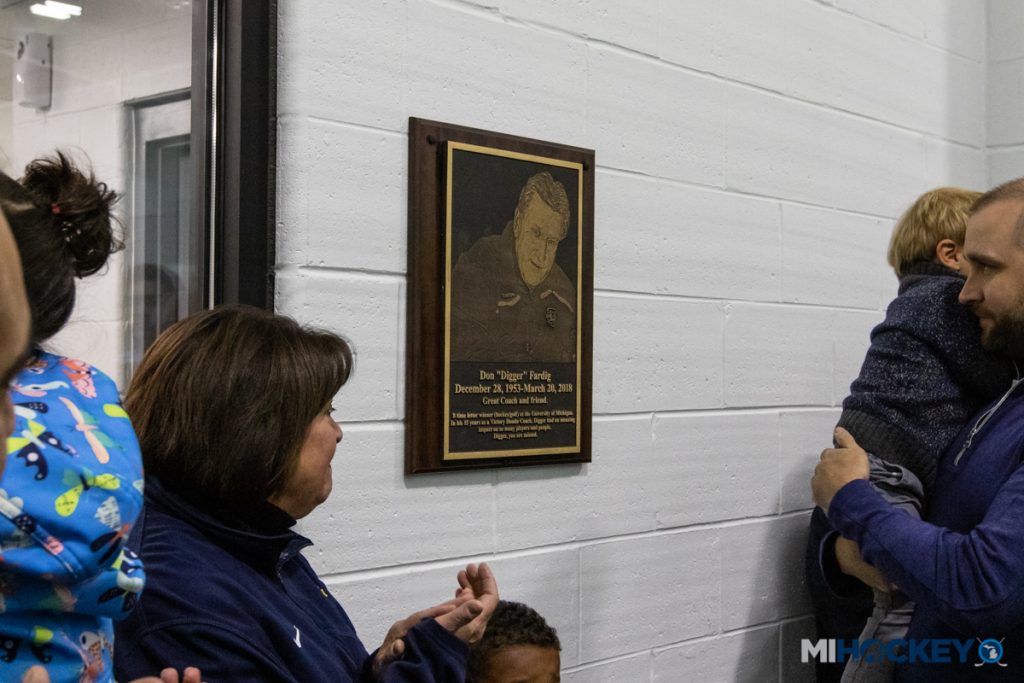