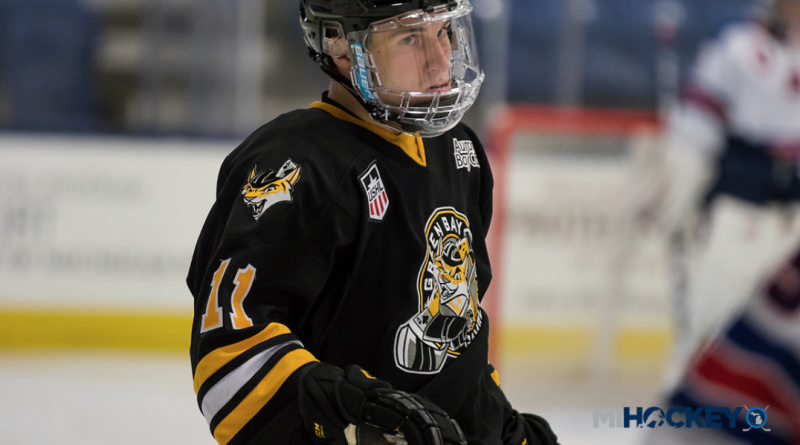 Soon, he will be heading to North Andover, Mass.

The Grosse Pointe Farms native has announced his commitment to Merrimack College.

“I fell in love with the campus and the coaches at Merrimack,” Welsher told MiHockey. “I feel like it’s a great spot to really progress as a hockey player.”

In the midst of his second full USHL season, Welsher has two assists in three games for the Des Moines Buccaneers. Last year, with the Green Bay Gamblers as a USHL rookie, he racked up seven goals and six assists in 47 games.

A product of the Oakland Jr. Grizzlies, Belle Tire and Honeybaked, Welsher said he is looking forward to settling in a NCAA Division 1 program and playing in front of a college hockey crowd.

“A dream of mine has always been to play for a school and play in front of the student body,” Welsher said. “Playing AAA hockey in Michigan growing up, I never got a chance to do that, so it’s a privilege to have this opportunity at a place like Merrimack.”